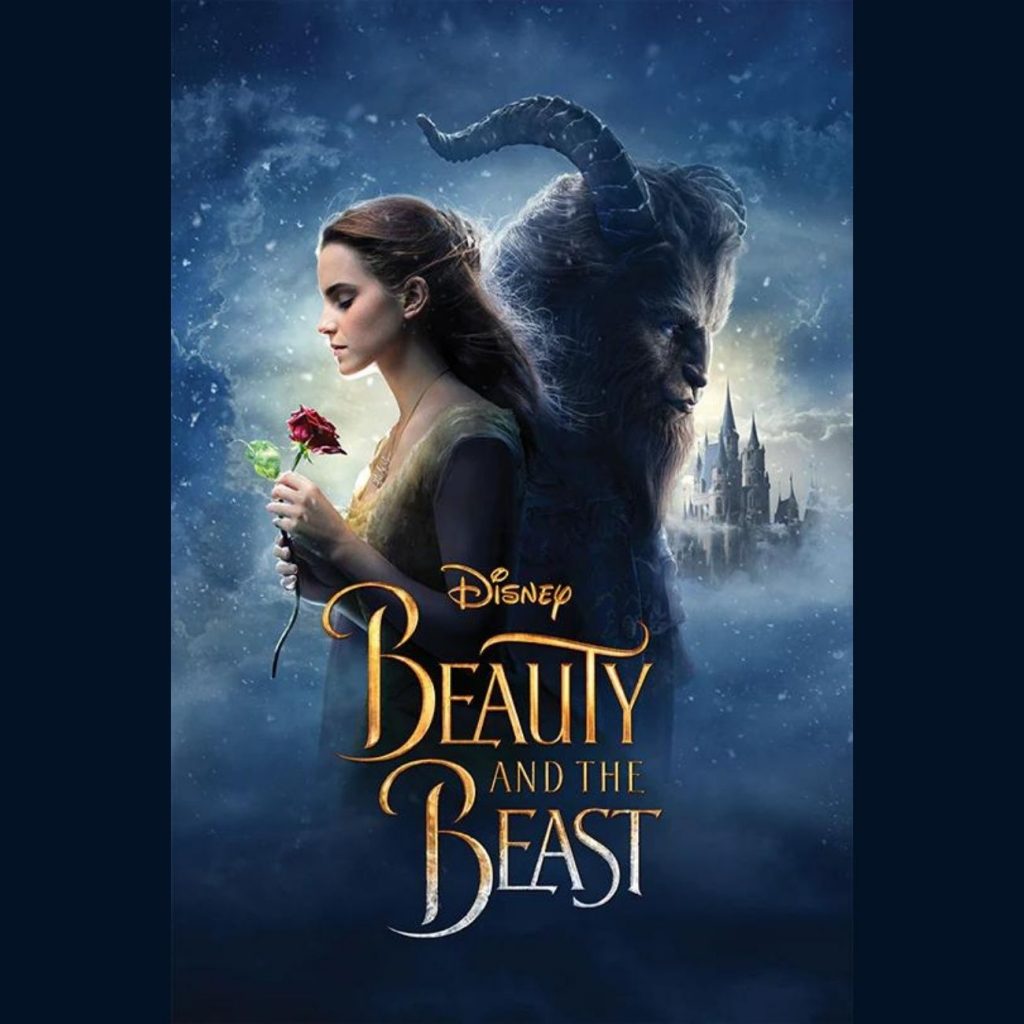 Does it upset anyone else that the “beast” in Disney’s new remake of “Beauty and the Beast” is a goat-man with very long horns that bears quite a resemblance to Baphomet?  In Disney’s 1991 animated version of “Beauty and the Beast”, the “beast” looked very much like a gentle lion.  There were a couple of small horns poking out of his head, but those could have easily been mistaken as tufts of hair.  But this time around, the “beast” has been depicted as a hybrid goat-man that has enormous goat horns sticking out of his head.  And of course anyone that is familiar with the occult knows that the most famous goat-man in the entire world is Baphomet – the official symbol of the Church of Satan.  Could it be possible that the similarity between this “beast” and Baphomet is more than just a coincidence?

In 1856, Eliphas Levi drew his infamous picture of a goat-man which came to be known as “Baphomet”.  Since that time, his drawing came to be very closely associated with the devil, and eventually it was even adopted by the Church of Satan as their official symbol.  The following comes from Wikipedia…

Lévi’s Baphomet is the source of the later Tarot image of the Devil in the Rider-Waite design.[3] The concept of a downward-pointing pentagram on its forehead was enlarged upon by Lévi in his discussion (without illustration) of the Goat of Mendes arranged within such a pentagram, which he contrasted with the microcosmic man arranged within a similar but upright pentagram.[59] The actual image of a goat in a downward-pointing pentagram first appeared in the 1897 book La Clef de la Magie Noire by Stanislas de Guaita.[60] It was this image that was later adopted as the official symbol—called the Sigil of Baphomet—of the Church of Satan, and continues to be used among Satanists.[61]

Over time, the symbol of Baphomet has become increasingly prominent in the occult world.

In recent years, the Satanic Temple has made national headlines by attempting to erect statues of Baphomet in several major cities…

In 2014 The Satanic Temple commissioned an 8 1/2 foot statue of Baphomet to stand alongside a monument of the Ten Commandments at Oklahoma State Capitol [65] “respect for diversity and religious minorities” were cited as reasons for erecting the monument.[66] After the Ten Commandments monument was vandalized plans to erect the Baphomet statue were put on hold as the Satanic Temple did not want their statue to stand alone by the Oklahoma capitol.[67] The Oklahoma Supreme Court declared all religious displays illegal[68] and On 25 July 2015 the statue was erected near a warehouse in Detroit, as a symbol of the modern Satanist movement.[69][70] The Satanic Temple may take the statue to Arkansas where another 10 Commandments monument is proposed.[71]

You can see photos of these statues of Baphomet here.  So why does this new “beast” in “Beauty and the Beast” resemble these statues so closely?

In no other version of Beauty and the Beast has the “beast” ever been depicted as a goat-man.

So was this a conscious choice on the part of the producers of the film, or was it just an accident?

Up until now, the biggest controversy surrounding the film has been the fact that it is the very first Disney movie to feature an “exclusively gay moment”, and this prompted Rev. Franklin Graham and many other leaders to call for a boycott.

Unfortunately, the boycott did not make much of an impact because Beauty and the Beast made an astounding $350 million worldwide during its opening weekend…

Beauty and the Beast earned $180 million internationally and an additional $170 million at the domestic box office, a sterling result for the $160 million-budgeted film. In a sign of its popularity, Beauty and the Beast topped the box office in nearly every market where it screened. The fairy-tale romance earned $44.8 million in China, grossed $22.8 million in the United Kingdom, grabbed $11.9 million in South Korea, nabbed $10.7 million in Germany and picked up $7.6 million in Italy. Beauty and the Beast even performed well in Russia, where its opening was overshadowed by controversy surrounding the inclusion of a gay character. Russian authorities gave the film a higher rating to limit younger audience’s access. Russia has a number of anti-LGBT laws in place.

Of course the LGBTQ community saw this as a great victory for their cause.  The following comes from a prominent gay advocacy website…

This is the largest opening weekend ever for a PG-rated film and for a Disney live-action film, surpassing Maleficent, The Jungle Book, and Cinderella. Experts predict that,at this rate, Beauty and the Beast may break $1 billion in ticket sales.

“This will help send a message to LGBTQ kids that they’re important,” the group declared on social media, along with the hashtag #TeamLeFou, a show of solidarity with Disney’s first clearly gay character.

The film would have never made so much money without millions of evangelical Christian families flocking to go see it.

This is the kind of apostasy that we always knew was coming in the last days, but it is still shocking to see.  What we willingly feed into our minds is going to determine who we eventually become.  And so when we gladly gobble up thousands of hours of “programming” that the big media corporations keep feeding us, we shouldn’t be amazed that our culture now reflects their value system.

As far as Beauty and the Beast is concerned, just consider the value system of the director.  The following comes from the Olive Branch Report…

Beauty and the Beast‘s director Bill Condon, 61, born in New York City and raised in an Irish Catholic family, is openly homosexual and has a visceral hatred for Christianity.

Pete Baklinski reports for LifeSiteNews, March 17, 2017, that in a 2007 interview with Passport Magazine, Bill Condon said he wishes he could “rip pages out of the Bible” when he stays in hotel rooms.

When millions of dollars are at stake, very few things happen just “by accident”.

Someone needs to ask the people in charge of this film why the “beast” looks so much like Baphomet.

Unfortunately, I don’t think that most people would care even if we were told that it was done on purpose, and that is yet another indication of just how far we have fallen as a society.