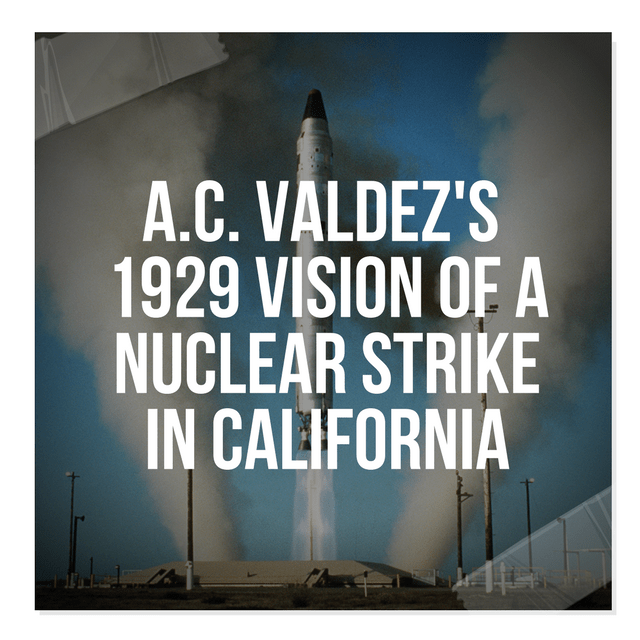 In 1929, I was preaching in Vancouver, British Colombia. I had gone to the 6th Avenue Church that seats 1,000 people. The old building is gone. I sat down on the platform and looked down at the congregation for the Sunday morning service. There were 18 people. I had crossed the continent from Los Angeles to get to that meeting–18 people in my first service. My first thought was, My Lord and my God, the nerve, asking me to come across the country to stand here in front of 18 people.

Now, that was my first thought. Now, I no sooner thought that when God spoke to my heart and said, “Son, I want you to comfort these people”.

They needed comfort, Brother. He gave me the capacity to comfort them. I started preaching comforting words. If I had given way to the human, Brother, I would have skinned them alive and tacked their hides up on the wall. People in a condition like that don’t need a skinning; they need comfort. God helped me. He poured in the oil and the wine. He helped me to comfort those people.

They began to cry all over the place, as they needed comfort. The tears began to stream down their cheeks. They had gone through a terrible trial in that city, and the name of “Pentecost” was in the newspapers of that city, and it wasn’t very good. The things that they had put into the newspapers were enough to keep most anybody away. I had 18 people in the inside and thousands on the outside.

God began to work, and the Spirit began to come forth. By the following Sunday the place was well filled. The Holy Ghost began to bring them in. By the end of the third week they had to take down the partition that separated the coat room from the main auditorium to put more seats in that auditorium that seated a thousand. It packed out. They packed the place, standing up and down the winding stairs and outside of the church building and out into the street. The glory of God came down. Souls began to get saved, and the sick were healed.

We had a glorious victory over the world of flesh and the devil. The ministers were so happy. They said, “Lord, in spite of that death, you’ve given us victory”.

Right in the middle of that victory, I stood in 6th Avenue Church one day with the power of God on me. All of a sudden the ceiling just disappeared.

Now, when I say “vision”, my friends, I know that some visions are what the Bible calls “night visions”, like in a dream. You will find that in the Bible. Dreams are also called “visions”. Generally speaking, a vision is differentiated by what you see with your eyes open, that which you see when you are not asleep.

In this particular case I was standing on my feet, when all of a sudden the walls and the ceiling just faded right out. I began to see this vision, and the Lord showed me. I looked up and saw what answers to the description of an ICBM (Inter-Continental Ballistic Missile), just as real as any picture that you would see–or the real thing if you’ve ever seen one of those missiles. It was just as real as you would look upon one if it were right in front of you, two or three feet away!

I saw it. It was passing over a skim of clouds, not heavy clouds, but a thin skim of clouds. I was standing on the side of this mountain, a residential district. I was looking over into a bay area. It would appear like I was in Berkeley, if you’ve ever been to Berkeley, and the Berkeley hills. I was looking into the bay area toward San Francisco, the San Francisco Bay region, that direction.

I saw the freeway. I don’t say that it was the Oakland freeway that is there today. I don’t know where it was, my friends. I do know this, that I was standing on the side of this mountain, overlooking a huge metropolis, when I saw this missile directed toward the city; and suddenly, being electronically controlled, no doubt, it plummeted right down into the city and then exploded. Then I saw the fireball, which answers to the description of what I have seen in a civil defense film release of the first hydrogen bomb explosion.

This happened in 1929! The atom was not split until 1932! Yet I saw it as clear as I see you here tonight. There was a purpose in it. I have been warning people ever since that this thing is coming!

I saw this thing blossom out in all of its beautiful colors. Did you ever see a picture of it? It is a beautiful sight, but it is a horrible sight. All of the colors of the rainbow you can see in that big ball as it swells out. Then the pressure that it creates following the explosion, it demolishes everything before it. It leaves a crater over 300 feet deep and over 2 miles across. It is capable of destroying a huge metropolis the size of New York City in one blast.

Even though there were no freeways in 1929, I saw freeways. I saw them run and jump in their cars to escape, but there was no escape! I saw the aftermath of this explosion. I saw all of the details.

The Spirit of the Lord picked me up. Like St. Paul, whether in the body or out of the body, I don’t know! All I know is, my friends, that God took me and whisked me across that area where the bomb hit in the midst of that huge metropolis. There was nothing left. The center where it struck was molten, like molten glass. It wasn’t, my friends, until I was carried way beyond the residential area that I began to see any sign of debris.

Finally, I came to what looked similar to snow or sand drifts piled up against the fences and buildings. I saw piles or iron, like broom straw, only much finer than broom straw. It was in piles and in patterns–everything completely destroyed!

Finally, way, way out, beyond what I felt was the residential area, I began to find signs of human beings, only in pieces–torsos, heads, hands, arms, and legs. They were scattered around everywhere!

The Spirit of the Lord carried me out farther. I began to find signs of life. People were running. Everybody was blind. (I didn’t know in 1929 that if you are 35 miles away from the explosion and you happened to be looking in that direction, you would never see again. I didn’t know that at that time.) Everybody was blind, my friends. They were running and screaming and bumping up against this and that and the other, bouncing back, children blind and screaming and crying out for their parents and parents for their children. The farther I went, the more the confusion, and the cries increased.

Then, my friends, the Spirit of the Lord took me. Oh, I wonder how fast I was going. I could see the mountains and the hills just passing before me. I came sweeping down over a large valley. In the distance I could see, as I began to approach, a body of people that looked like tens of thousands. I don’t know how many were there. It was a sea of people. Long before I got there, I could see. As I came down closer, I could discern them. They had their handkerchiefs. They were wiping their tears from their eyes.

Then for the first time I began to hear heavenly anthems. I could hear the Hallelujahs, in bass and tenor and soprano and alto, voices blending together. That mass of humanity was lifted together by the heavenly music. I came right down in the midst of them. There they were, God’s people. This is what I saw, friends. They were all dressed up like they were ready for the Sunday service. Their hair was parted. Nothing was disturbed. There was no soil on their shirts. They were cared for so perfectly that everything was in order, my friends. Their faces were clean. Their clothing was clean. Everything was in order!

The only word you could use to describe them would be “meticulous” Meticulous! Glory to God! What a wonderful thing to be in the hands of God! I say that God is going to protect his people in these last days IF. . .they live in the Spirit and walk in the Spirit and keep filled with the Spirit!

Three Prophetic Voices Have Seen A US Aircraft Carrier Sink

“I saw a man on a beach asking what a Russian ship was doing just off the beach, and if it was there “to shoot missiles” 4 Of Steve M’s Prophetic Dreams