“ I think that it is also interesting to note that less than 24 hours ago the Obama administration “strongly condemned” new Jewish settlement activity in the West Bank. For those not familiar with the amazing connection between major natural disasters in the United States and U.S. meddling in the Middle East, please see this video.“ – Michael Snyder 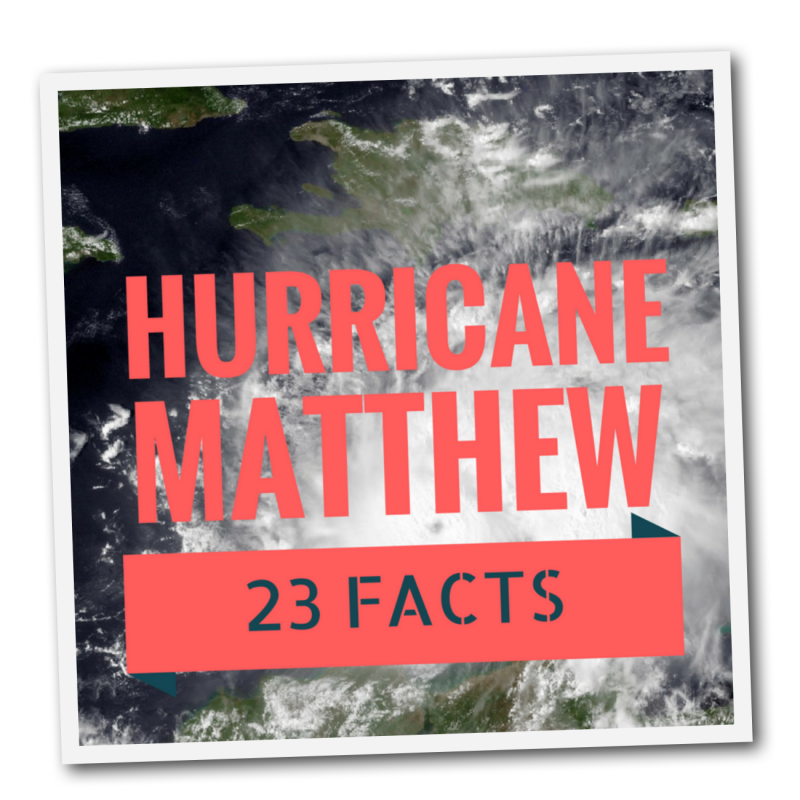 The Storm Of The Decade: 23 Key Facts About Hurricane Matthew As It Prepares To Slam Into The East Coast

End Of The American Dream.com

The worst storm to hit the United States since Hurricane Katrina is expected to slam into the east coast on Friday. The governors of Florida, Georgia and South Carolina are strongly urging millions of people living in the evacuation zones to leave, but a lot of residents are choosing to not take this storm very seriously. After about a decade of very low hurricane activity, a lot of people have forgotten how immensely destructive storms like this can be. Inevitably, there will be damage to homes and businesses that could have been prevented by proper preparation, and there will be some very foolish people that will die because they chose to stay behind instead of evacuating. Just like with so many other things, “normalcy bias” has lulled millions of Americans living in the Southeast into a false sense of security, and many of them will discover the foolishness of not taking storms like this seriously the hard way. The following are 23 key facts about Hurricane Matthew as it prepares to slam into the east coast of the United States…

1. Hurricane Matthew is projected to be a Category 4 storm when it hits the Florida coastline.

2. According to the latest reports, Hurricane Matthew has sustained winds of 140 mph with gusts of up to 165 mph.

3. On early Friday morning, the storm surge is expected to peak at about 9 feet.

4. The National Weather Service is warning of “immense human suffering“.

5. Florida Governor Rick Scott has strongly warned everyone living in the evacuation zones to leave immediately. In fact, he is openly telling the public that this storm “will kill you”.

6. It is being projected that this may be the biggest evacuation in the history of the state of Florida.

7. In some areas, bumper to bumper traffic is being reported on both sides of Interstate 95.

8. According to NBC News, there have been traffic jams since Tuesday as frightened residents try to flee the evacuation zones.

9. The death toll from Hurricane Matthew in the Caribbean is already in the triple digits.

11. The city of Jacksonville, Florida sits right in the middle of the hurricane warning zone.

12. The projected path of the storm will take it right up the coastline until it hits southern North Carolina.

14. Amtrak has also cancelled all train service into the affected areas.

15. Even Disney World has shut down due to the danger posed by Hurricane Matthew.

16. There are extremely long lines at gas stations throughout the Southeast, and there have already been some reports of stations running out of gasoline entirely.

17. Many retailers throughout the Southeast are totally sold out of bottled water at this point.

18. It is being projected that seven million people could be left without power by this storm.

19. A hurricane this immensely powerful can uproot trees, pick up large objects and hurl them like missiles, and even rip roofs entirely off of homes.

20. Despite all the warnings, many people have decided to stay put and ride out the storm.

21. Thousands of National Guard troops have already been deployed to help with evacuations.

22. I think that it is also interesting to note that less than 24 hours ago the Obama administration “strongly condemned” new Jewish settlement activity in the West Bank. For those not familiar with the amazing connection between major natural disasters in the United States and U.S. meddling in the Middle East, please see this video.

23. These are the things that the Red Cross is urging people to do…

The normalcy bias, or normality bias, is a mental state people enter when facing a disaster. It causes people to underestimate both the possibility of a disaster and its possible effects. This may result in situations where people fail to adequately prepare and, on a larger scale, the failure of governments to include the populace in its disaster preparations.

The assumption that is made in the case of the normalcy bias is that since a disaster never has occurred, it never will occur. It can result in the inability of people to cope with a disaster once it occurs. People with a normalcy bias have difficulties reacting to something they have not experienced before. People also tend to interpret warnings in the most optimistic way possible, seizing on any ambiguities to infer a less serious situation.

Sadly, this perfectly describes how many in the Southeast are responding to Hurricane Matthew.

Because a highly destructive hurricane has not struck the region in many years, a lot of people are greatly underestimating what this storm could mean for them and their families.

Hopefully this article will persuade at least a few more people to evacuate. You do not want to be in the middle of this storm when it hits. It has already killed lots of people, and there are very few homes out there that are designed to withstand 140 mph winds.

And just because you aren’t in an evacuation area does not mean that this storm will not impact you and your family in a major way. The course of this storm has been highly unusual, and it could still take some very unexpected twists and turns. So if you live anywhere in the Southeast you need to be ready for anything.

Just remember what we witnessed during Hurricane Katrina. This is the worst storm to hit the U.S. since that time, and let us just pray that it does not turn out to be as destructive as many experts are now projecting.

*About the author: Michael Snyder is the founder and publisher of The Economic Collapse Blog and End Of The American Dream. Michael’s controversial new book about Bible prophecy entitled “The