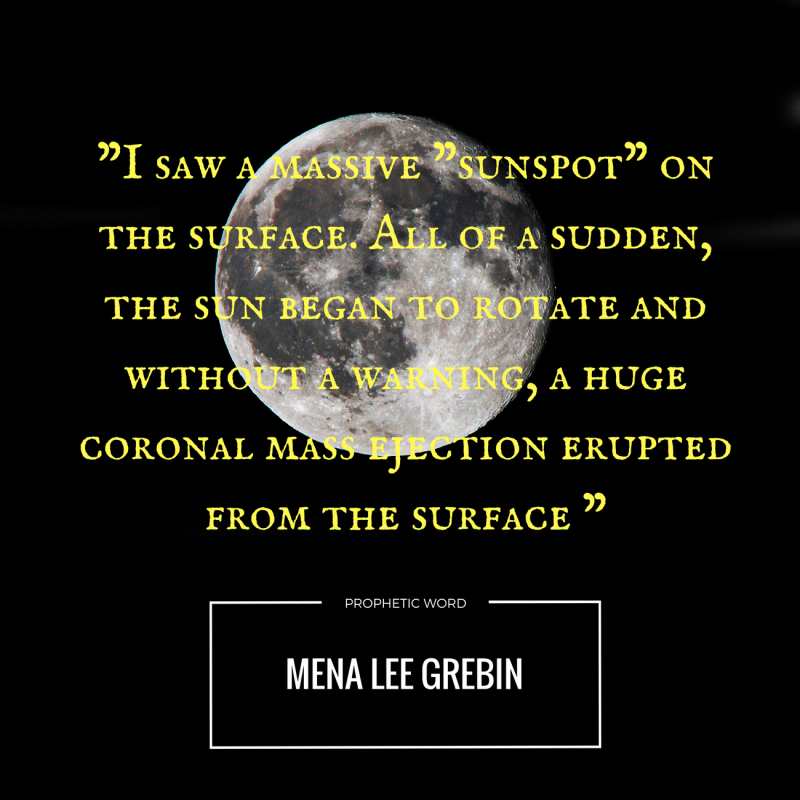 I want to share with the saints that something is about to happen with the sun. Several nights ago, I had a dream that I was watching the sun rise in the east. It was dawn, and I was looking out my bedroom window with my husband. As the sun peeked above the horizon, the light broke through the darkness as it should. However as the sun continued to rise, I noticed that the sun itself was actually darker. I saw a massive “sunspot” on the surface. All of a sudden, the sun began to rotate and without a warning, a huge coronal mass ejection erupted from the surface. The hot wind rapidly moved across the surface of the earth. It hit a bus across the street and blew all its windows out.  I screamed for my husband to drop to the floor as it came towards my windows. The wind knocked out all of the electricity, however I saw that no one was injured. The dream then ended. 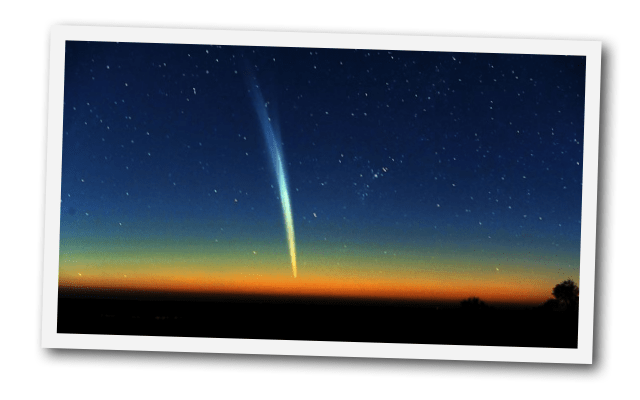 Two nights later, I had another dream. In this dream I saw the sun, once again, rising in the east. I saw a comet just above the horizon. My mother was with me in this dream, and again we were watching from my bedroom window. As the sun rose above the horizon, it looked darker than normal.

Yesterday morning, while I was in prayer, I had a vision. In the vision, the Lord was speaking to me. He was saying, “There will be signs in the moon, in the sun, and in the stars.” He was repeating this over and over again. I saw the sun turning dark, the moon turning to blood. I saw meteor showers and a comet pass the earth. But with each flash, parallel to it, I saw the Bride of Christ. I saw her being dressed in white linen, and adorned with jewels. I then saw her being presented to the Lord, Jesus himself, in marriage. And the Lord began to speak to me again, and He said; “I’m coming for my Bride. Tell them I AM Coming!”

Last night, I had another dream Saints! And once again, I saw the sun and a comet. This time, I was shown different cities where the weather was unusual for that time of year. I saw blizzards and tornados that were completely out of season. I also saw an earthquake take place; but I did not know where. I also saw volcanos erupt, and with that, my dream ended.

Saints, I just posted did two videos talking about the times we are living in. Something great is about to happen. I know that the Syria conflict plays a huge role in bible prophecy. But in addition to that, I believe a major event involving a “natural disaster” is about to take place. We as the Body of Christ, need to stay in prayer and supplication before or Lord, living each day as though it is our last, because tomorrow is not promised for any of us. In addition to that, Jesus Christ is returning sooner than the world thinks! So let’s be prepared.

NOTE: This is not concerning the theory of “3 Days of Darkness.” I do not support this theory, and the Lord has NOT given me any prophetic word that confirms this. Please do NOT tie this to such. 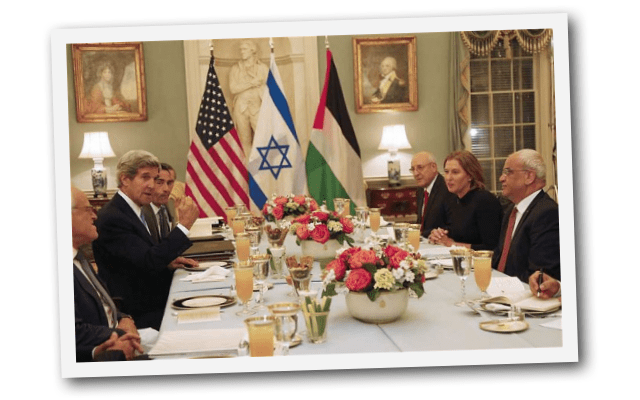 Monday night while I was in prayer, I had a vision. In this vision, I was looking out of a small window with no glass. I was overlooking the city of Jerusalem. At first glance, everything looked normal, like any average day. I then took a second look, and instantly, everything became chaotic. I saw buildings burning and people running. The vision then ended.

I asked the Lord what was it He was showing me; He then replied, “Jacob’s trouble has begun.”

A week or so before that, I had a dream. In this dream, John Kerry was standing before what seemed to be either the senate or congress (I couldn’t tell which one it was). He was angry and shaking his fists in the air. He said that we (the United States) will no longer support Israel. He said that Israel had made a mockery of his peace talks by sending him a prostitute and a bottle of wine as a gift. Somehow I knew in the dream that Kerry’s secret had been uncovered. My dream then ended.

For those of you who do not know, peace talks have begun again between Israel and Palestine. According to the news, both sides have agreed to the talks over the next nine months. The talks started a few weeks ago in the month of July. In prayer last night, the Lord told me to count the months out. I did this four times not understanding what I was looking for. Then it hit me: nine months from July is next April. Next April is when the first of the blood-moon tetrads appears! It is also the month of Passover.

Coincidence?  I think not.

Saints, we need to make sure our robes are washed, our lamps are full, and that our hearts are pure. The end of the age is upon us, and Yeshua (Jesus) is about to call His Bride home! 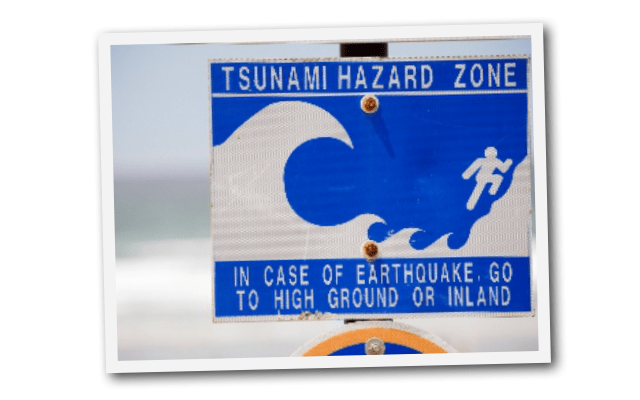 On Tuesday morning (7/23), the Lord gave me a dream of a tsunami that hit the eastern part of the US.

In this dream, I was in my husband’s truck with my children and my mother. We were driving along a scenic route, in what seemed like the Washington DC area. There was a lot of traffic, so we were creeping along the street. I happened to look over to my right and saw a young woman sitting on the curb. Something she saw caused her to abruptly get up. I looked in the direction she was looking and saw water erupting from a man-hole cover in the street. The girl called her mother over to see what was occurring.

We continued driving along the road and saw another man-hole cover, and it too had water erupting from it. I also saw water coming out of gutters and thus, the streets began to flood.

We made a right-hand turn onto another street. I happened to look to my right again and saw the Potomac River. All of a sudden, a wall of water came crashing over a rocky ledge and poured into the river. The  huge wave was headed straight our way.

As this point we were stuck in traffic and had come to a stand-still. I put the truck in park, we all got out and started heading for higher ground. I was holding my mother’s hand and guiding her through the grass. My husband and children were behind us. My mother said; “Here it comes! It’s finally happening!” I was thinking; “Oh my God! I can’t believe this is really happening!” Although we were moving at a fast pace, we were not in a panic. Somehow, I was at peace within myself.

We were headed to a stone church that was sitting on top of a grassy hill. Once we reached the steps, we knew we were safe. I never looked behind to see how close the wave came, or if it had swallowed others up. I just knew that my family was safe and others had made it to the church with us.

The dream then ended.

After I awoke, I begin to talk to the Lord about what I had just experienced. I told the Lord; “Now Lord, you know I have never had a dream or vision of a tsunami coming to the coast. You have only shown me dreams and visions of earthquakes. So if this is from you, give me a scripture to confirm what I just saw.”

I then had an open vision, and the Lord gave me Psalm 11. He also gave me a date. I have not been released to give that date. The Lord rarely gives dates to me, however whenever He has, they have been accurate.

“In the Lord I put my trust; How can you say to my soul, Flee as a bird to your mountain?”

I am posting this not just because the Lord has given this to me, but because I know that there are others  that have had similar dreams and visions. Please feel free to respond and leave comments on this.