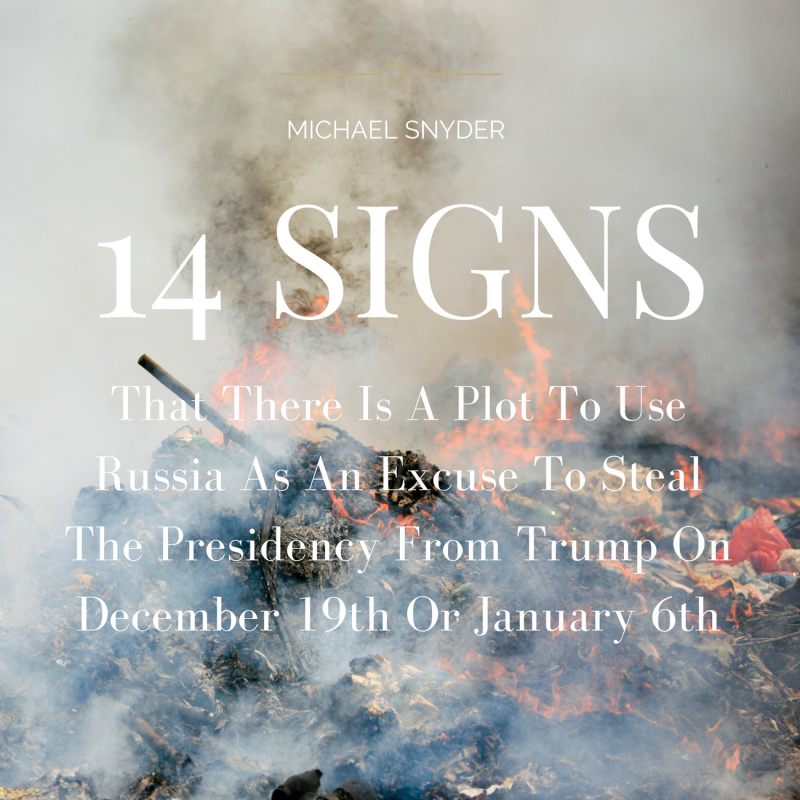 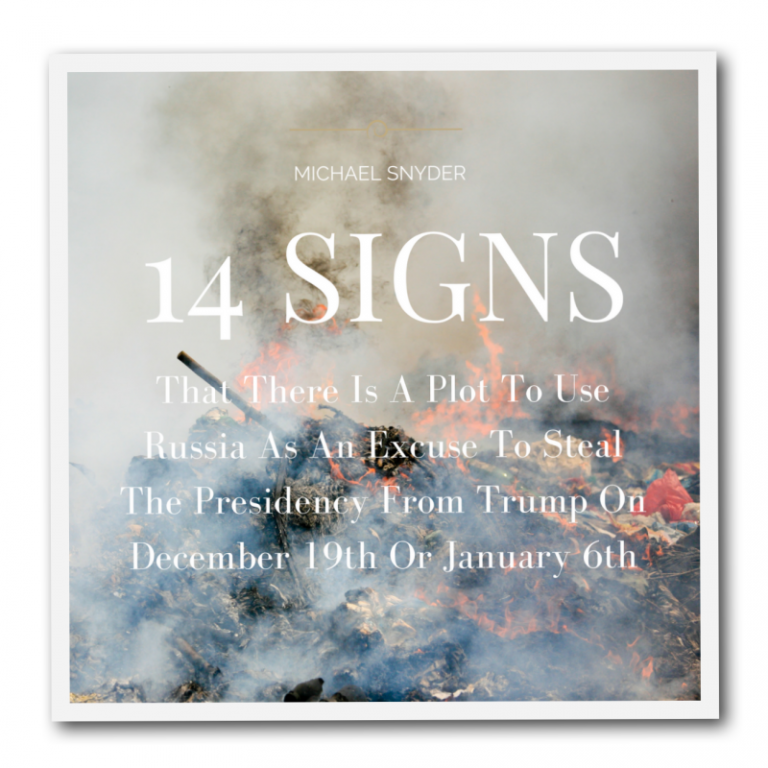 Donald Trump could have the election legally stolen from him on either December 19th when the Electoral College casts their votes or on January 6th when a joint session of Congress gathers to count those votes.  The establishment is in full-blown panic mode at this point, and they seem to have settled on “Russian interference in the election” as the angle that they plan to use to try to deny Trump the presidency.  As you will see below, there is an all-out effort to try to persuade members of the Electoral College that are supposed to be committed to Donald Trump to cast their votes for someone else instead.  And if that doesn’t work, the groundwork is being laid for the Electoral College votes to potentially be invalidated when a joint session of Congress meets to count those votes on January 6th.  I will explain how that would work later on in this article, but first let’s take a look at 14 signs that indicate that there is a plot to use Russia as an excuse to steal the presidency from Donald Trump…

#1 A group of 10 presidential electors has sent a letter to National Intelligence Director James Clapper asking to be briefed on Russian efforts to interfere in the election in November.  This group is being led by Nancy Pelosi’s daughter Christine.

#2 The Clinton campaign is publicly supporting the effort to arrange for the members of the Electoral College to be given an “intelligence briefing” on Russian interference in the election before they cast their votes.

#4 Senate Majority Leader Mitch McConnell has announced that he supports an investigation into “Russian election interference”.

#5 On Sunday, U.S. Senators Chuck Schumer, Jack Reed, John McCain and Lindsey Graham announced that they very much desire to see an investigation into Russian interference in the election.

#6 U.S. Representative David Cicilline is urging electors to consider the “extent that foreign interference in the United States presidential elections may have influenced the final result” before they cast their votes.

#8 Time Magazine is openly lobbying for members of the Electoral College to vote for someone other than Donald Trump on December 19th.

#9 The former acting director of the CIA has boldly proclaimed that Russian attempts to alter the outcome of the election in November were “the political equivalent of 9/11″.

#10 Former CIA agent Bob Baer recently went on CNN and publicly called for a new election if it can be shown that the first election was not legitimate due to Russian interference.

#11 Former CIA operative and erstwhile presidential candidate Evan McMullin says that Donald Trump is “not a loyal American” because his views are not anti-Russian enough.

#12 The Huffington Post is touting a 1995 federal court ruling as a precedent that could be used to take the presidency from Donald Trump and hand it to Hillary Clinton if a court finds that Russian interference altered the outcome of the election.

#14 Barack Obama has ordered the intelligence community to gather all of the evidence that it can find of Russian interference in the election and to deliver that evidence to him before he leaves office.

Most Trump supporters do not realize how very serious this is.  The establishment absolutely hates Trump and wants to find a way to keep him from taking office.  Now that they have gained traction with this “Russian hacking” angle, they plan to push this as hard as they can.  An article that was just posted by Time Magazine explained why this issue could potentially cause some members of the Electoral College to change their votes…

And still further, we now learn that the Russians played a significant role in manipulating information available to the American people in a concerted effort to bring about the election of Trump. Even if this was not Trump’s doing, is it not the duty of the members of the Electoral College to consider whether the 2016 presidential election was undermined by a foreign power? And mustn’t it matter that the foreign power did so in order to bring about the election of a particular candidate? As Alexander Hamilton made clear, this was, one of the chief concerns of the Framers. As Hamilton explained in The Federalist Papers, a primary reason for the Electoral College was the need to protect our nation against “the desire of foreign powers to gain an improper ascendant in our councils . . . by raising a creature of their own to the chief magistracy of the Union.”

Of course this is completely and utterly ridiculous, but this is the kind of mental gymnastics that they are going through right now.  They want to feel justified in denying Donald Trump the presidency, and so they are going to make this “Russian interference in the election” into the biggest issue that they possibly can.

But ultimately this is not about Russian interference in our election.

Rather, this is all about the elite doing whatever is necessary to stop Donald Trump.  The elite are going to fight against him every step of the way, and they are never, ever going to give up.  This is a point that I made during an interview with Alex Jones on Monday…

The next key date that we need to be watching for is December 19th.

On Monday, members of the Electoral College will gather in Washington D.C. and in all 50 state capitols to cast their votes.  We know that at least one Republican elector that is supposed to be pledged to Trump will not be voting for him, and that elector claims that there are others that also will not be voting for Trump.

If 37 Republican electors can be persuaded to cast their votes for someone other than Trump, that would throw the election into the House of Representatives, and it is unclear what the House would do in that scenario.

If Trump is not stopped at the Electoral College, there is also the possibility that he could be derailed when a joint session of Congress gathers to count the Electoral votes on January 6th.

In both the Senate and the House, there are anti-Trump Republicans that would absolutely cherish the opportunity to deny him the presidency.

I don’t know if it will happen, but this Russian interference issue is the kind of thing that could be used to justify taking this kind of action.

Of course if the election was stolen from Donald Trump that would likely throw the entire nation into a state of chaos, but I think that at this point the elite would be willing to risk just about anything to keep Donald Trump out of the White House.

On this Monday, Dec. 12th 2016 edition of the Alex Jones Show, we look into how rouge elements of the CIA are trying to stop President-elect Donald Trump and may put his life in danger. We also look into globalist John Bolton’s claim that the leftist “Russian hackers” narrative is an Obama false flag. Journalists Michael Snyder and Wayne Madsen join the show to explain what’s going on. 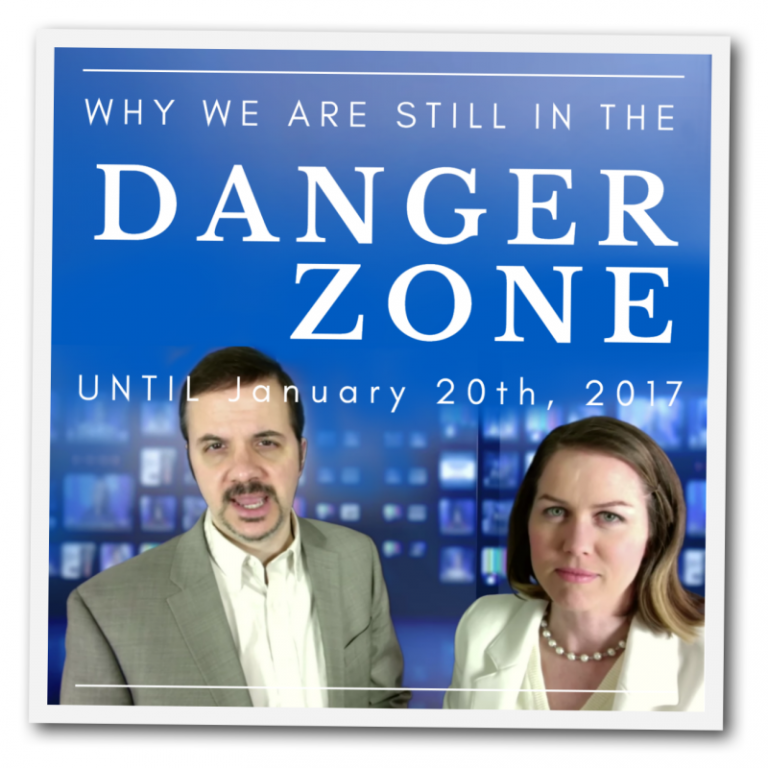 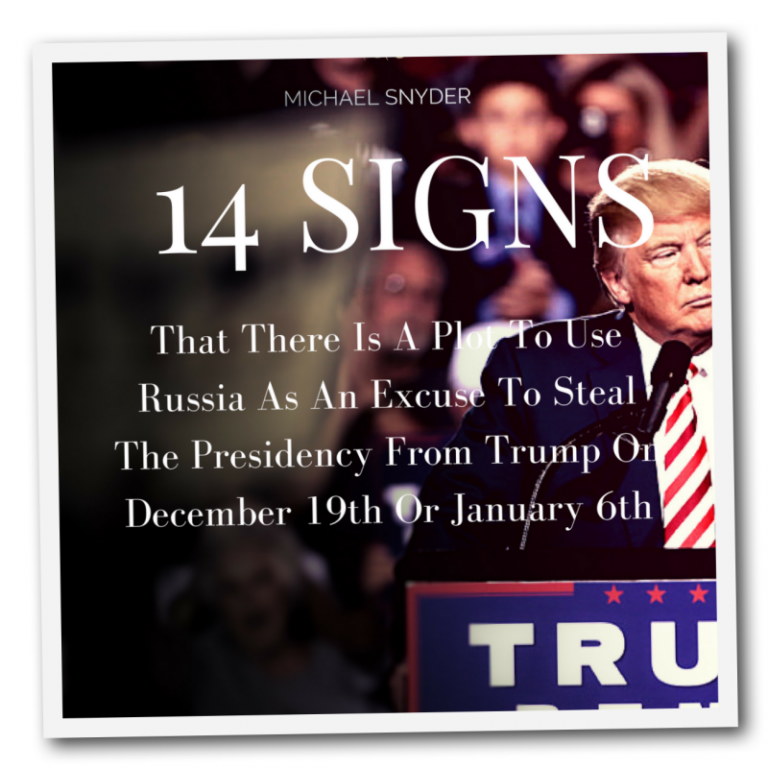