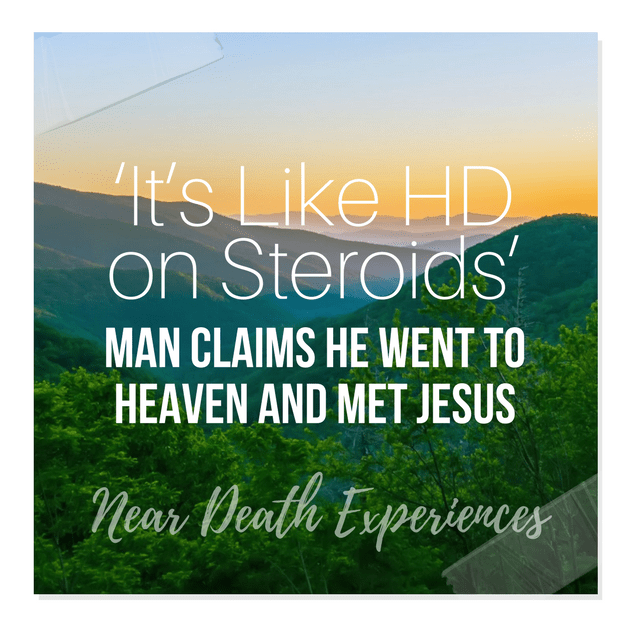 Stephen Musick, author of the new book, “Life After Heaven: How My Time in Heaven Can Transform Your Life on Earth,” recently told his account of heaven when he had a near death experience after being given a vaccine in the navy.

“It’s pretty typical when you’re in the military to be vaccinated against all kinds of various diseases and bugs … you have to do that in order to be deployed,” Musick said. “I was allergic to the swine fly vaccine that they were testing and I had a very violent, dramatic reaction.”

He also described all of his memories of the sights he recalls from heaven, saying he was in an outdoors or agrarian environment that included a large oak tree, a massive wheat field, rolling hills and mountains. Musick said it all collectively offered up a “wonderful view” filled with “brilliant” scenes, adding that it was “like HD on steroids.”

But it was Musick’s purported interaction with Jesus that might capture the most attention, as he said the two walked arm-in-arm and engaged in conversation.

“Jesus was in his early 30s, long flowing brunette hair, hazel eyes, dark complexion,” he said. “He’s not overly large, but he’s massively built. You would think that he’s a weightlifter, a body builder.”