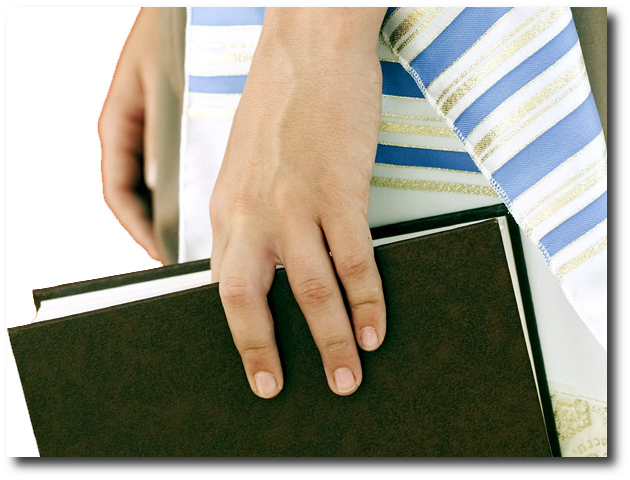 Is there extraordinary evidence in the Jewish Talmud that something incredibly miraculous happened approximately 40 years before the Jewish Temple was destroyed in 70 A.D?  Could it be possible that there is actually evidence for Christianity right in the middle of the Jewish Talmud?  The answer to both questions is most definitely yes.

I know that this sounds quite improbable, and the majority of Christians have never heard about this, so let’s examine this one step at a time.

The Jewish Talmud records four amazing miracles that all began about 40 years before the Temple was finally destroyed.

What these miracles may represent is an extraordinary message from God that something earth shatteringly significant did indeed occur around the time of 30 A.D.

In the centuries that followed the destruction of the Temple in 70 A.D., Jewish rabbis worked to compile two records of rabbinic discussions pertaining to Jewish law, ethics, customs, and history.

The first was compiled in the land of Palestine and became known as the Jerusalem Talmud.

The second was compiled in the land of Babylon and was known as the Babylonian Talmud.

Both the Jerusalem Talmud and the Babylonian Talmud contain a description of these four extraordinary miracles.

First, let’s examine the description of these miracles that we find in the Jerusalem Talmud:

“Forty years before the destruction of the Temple, the western light went out, the crimson thread remained crimson, and the lot for the Lord always came up in the left hand. They would close the gates of the Temple by night and get up in the morning and find them wide open” (Jacob Neusner, The Yerushalmi, p.156-157).

Secondly, let’s examine the description of these miracles that we find in the Babylonian Talmud:

“Our rabbis taught: During the last forty years before the destruction of the Temple the lot [‘For the Lord’] did not come up in the right hand; nor did the crimson-colored strap become white; nor did the western most light shine; and the doors of the Hekel [Temple] would open by themselves” (Soncino version, Yoma 39b).

So what do these things mean?

The following descriptions of what these amazing miracles mean comes from the Solomon’s Temple website:

The Miracle of the “Lot”

The first of these miracles concerns a random choosing of the “lot” which was cast on the Day of Atonement (Yom Kippur). The lot chosen determined which of two goats would be “for the Lord” and which goat would be the “Azazel” or “scapegoat.” During the two hundred years before 30 CE, when the High Priest picked one of two stones, again this selection was governed by chance, and each year the priest would select a black stone as often as a white stone. But for forty years in a row, beginning in 30 CE, the High Priest always picked the black stone! The odds against this happening are astronomical (2 to the 40th power). In other words, the chances of this occurring are 1 in approximately 5,479,548,800 or about 5.5 billion to one! By comparison, your chances of winning your local state or municipal-run cash Lottery would be much more favorable!

The lot for Azazel, the black stone, contrary to all the laws of chance, came up 40 times in a row from 30 to 70 AD! This was considered a dire event and signified something had fundamentally changed in this Yom Kippur ritual. This casting of lots is also accompanied by yet another miracle which is described next.

The Miracle of the Red Strip

The second miracle concerns the crimson strip or cloth tied to the Azazel goat. A portion of this red cloth was also removed from the goat and tied to the Temple door. Each year the red cloth on the Temple door turned white as if to signify the atonement of another Yom Kippur was acceptable to the Lord. This annual event happened until 30 CE when the cloth then remained crimson each year to the time of the Temple’s destruction. This undoubtedly caused much stir and consternation among the Jews. This traditional practice is linked to Israel confessing its sins and ceremonially placing this nation’s sin upon the Azazel goat. The sin was then removed by this goat’s death. Sin was represented by the red color of the cloth (the color of blood). But the cloth remained crimson that is, Israel’s sins were not being pardoned and “made white.”

As God told Israel through Isaiah the prophet:

“Come, let us reason together, saith the LORD: though your sins be as scarlet [crimson], they shall be white as snow; though they be red like crimson, they shall be as [white] wool” (Isaiah 1:18).

The clear indication is that the whole community had lost the Lord’s attention in relation to something that occurred in 30 CE. The yearly atonement achieved through the typical Yom Kippur observance was not being realized as expected. Atonement apparently was to be gained in some other way. Who or what would provide the atonement for another year?

Concerning the crimson strip though not mentioned in the Scriptures and long before 30 C.E. during the 40 years Simon the Righteous was High Priest, a crimson thread which was associated with his person always turned white when he entered the Temple’s innermost Holy of Holies. The people noticed this. Also, they noted that “the lot of the LORD” (the white lot) came up for 40 straight years during Simon’s priesthood. They noticed that the “lot” picked by the priests after Simon would sometimes be black, and sometimes white, and that the crimson thread would sometimes turn white, and sometimes not. The Jews came to believe that if the crimson thread turned white, that God approved of the Day of Atonement rituals and that Israel could be assured that God forgave their sins. But after 30 CE, the crimson thread never turned white again for 40 years, till the destruction of the Temple and the cessation of all Temple rituals!

What did the Jewish nation do in 30 CE to merit such a change at Yom Kippur? By some accounts, on April 5, 30 CE (i.e., on the 14th of Nisan, the day of the Passover sacrifice) the Messiah, Yeshua, was cut off from Israel, himself put to death as a sacrifice for sin. To this event there is a transference of the atonement now no longer achieved through the two goats as offered at Yom Kippur. Like an innocent Passover lamb, the Messiah was put to death though no fault was found in Him! But unlike Temple sacrifices or the Yom Kippur events (as detailed above) where sin is only covered over for a time, the Messianic sacrifice comes with the promise of forgiveness of sins through grace given by God to those who accept a personal relationship with Messiah. This is essentially a one time event for each person’s lifetime and not a continual series of annual observances and animal sacrifices. The mechanism providing forgiveness of sin changed in 30 CE.

The Miracle of the Temple Doors

The next miracle, which the Jewish authorities acknowledged, was that the Temple doors swung open every night of their own accord. This too occurred for forty years, beginning in 30 CE The leading Jewish authority of that time, Yohanan ben Zakkai, declared that this was a sign of impending doom, that the Temple itself would be destroyed.

“Said Rabban Yohanan Ben Zakkai to the Temple, ‘O Temple, why do you frighten us? We know that you will end up destroyed. For it has been said, ‘Open your doors, O Lebanon, that the fire may devour your cedars’ ” (Zechariah 11:1)’ (Sota 6:3).

Yohanan Ben Zakkai was the leader of the Jewish community during the time following the destruction of the Temple in 70 CE, when the Jewish government was transferred to Jamnia, some thirty miles west of Jerusalem.

Might the doors have opened to also signify that all may now enter the Temple, even to its innermost holy sections. The evidence supported by the miracles described above suggests the Lord’s presence had departed from the Temple. This was no longer just a place for High Priests alone, but the doors swung open for all to enter the Lord’s house of worship.

The Miracle of the Temple Menorah

The fourth miracle was that the most important lamp of the seven candle-stick Menorah in the Temple went out, and would not shine. Every night for 40 years (over 12,500 nights in a row) the main lamp of the Temple lampstand (menorah) went out of its own accord no matter what attempts and precautions the priests took to safeguard against this event!

“In fact, we are told in the Talmud that at dusk the lamps that were unlit in the daytime (the middle four lamps remained unlit, while the two eastern lamps normally stayed lit during the day) were to be re-lit from the flames of the western lamp (which was a lamp that was supposed to stay lit all the time it was like the ‘eternal’ flame that we see today in some national monuments)…

“This ‘western lamp’ was to be kept lit at all times. For that reason, the priests kept extra reservoirs of olive oil and other implements in ready supply to make sure that the ‘western lamp’ (under all circumstances) would stay lit. But what happened in the forty years from the very year Messiah said the physical Temple would be destroyed? Every night for forty years the western lamp went out, and this in spite of the priests each evening preparing in a special way the western lamp so that it would remain constantly burning all night!” (The Significance of the Year CE 30, Ernest Martin, Research Update, April 1994, p.4).

Again, the odds against the lamp continually going out are astronomical. Something out of the ordinary was going on. The “light” of the Menorah representing contact with God, His Spirit, and His Presence was now removed. This special demonstration occurred starting with the crucifixion of the Messiah!

It should be clear to any reasonable mind that there is no natural way to explain all these four signs connected with the year 30 CE. The only possible explanation has to be supernatural.

Now it must be noted that the Jewish Talmud is most definitely NOT scripture, but what these documents do show is that it was the belief of the Jewish rabbis that these four mind blowing miracles DID happen.

If only these Jewish rabbis had realized what these miracles were trying to tell them – that Yahshua (Jesus) is the Messiah and that His death and resurrection had changed things forever.