Here is yet another prophetic mention of New York City.

If you look for it, you will see New York mentioned many times in prophetic warnings.  If you were to look further into for this, I am guessing there are so many more warnings to be uncovered by Christian voices across the country warning about New York.

Where it gets really interesting is the other locations mentioned with it.  You start to see a pattern of voices all saying the same thing.

Here is a prophetic warning from “The Master’s Voice,  about New York. From The Master’s Voice :

Prophecy of missile strike or some other type of weaponized event against New York City. An event big enough to cause trauma among New Yorkers, creating fear and panic reminiscent of 9-11.

Graphic changes to city life will follow- mandatory registration, some type of new ID card that will eventually be rolled out to the rest of the country.

Big changes too to immigration law, concerns of “national security” will outweigh who is legal or not, and everyone will be forced into the future registration process. America is going to be very tightly controlled in the future- this word is one of many showing that trend. 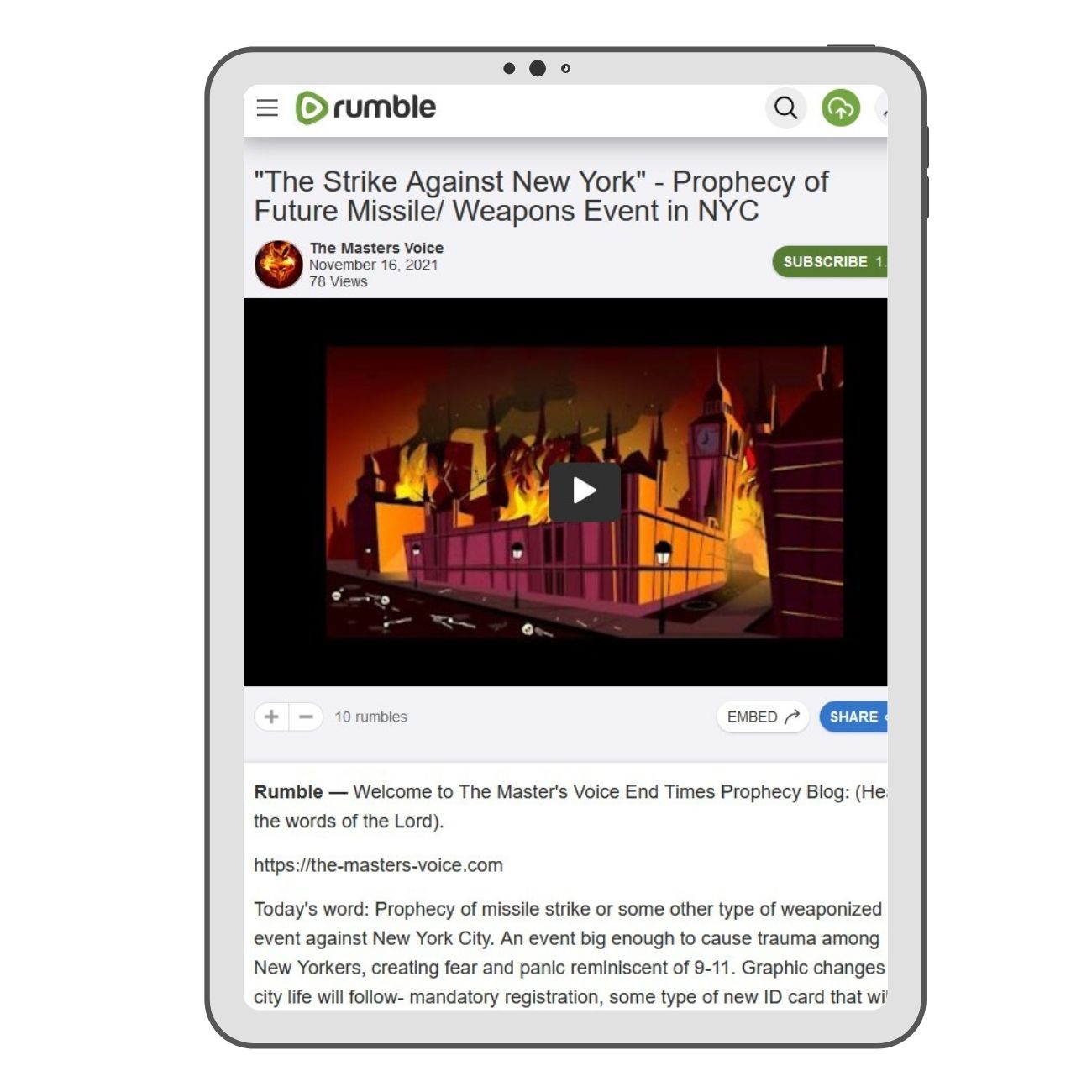 “The Strike Against New York” – See this on Rumble

“The vision opens in New York with the Statue of Liberty, she was tilted; they had put her up on crutches and covered her with paint. When you see her this way it is the beginning of great sorrow and deception for your nation. In this vision I saw a map of the United States with lights big and small all over. I knew they were churches. A sonic boom comes and shakes the map. Some stay the same, others become bigger.” 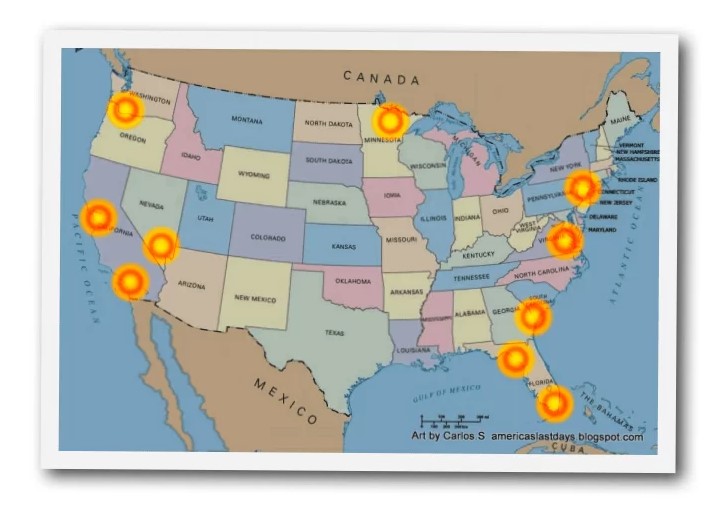 “In the first vision I saw a nuclear attack on a coastal U.S. city.”

““I saw the Island of Manhattan hit by two missiles, very quickly, one, two””

“I had the Lord telling me, NYC must be speedily evacuated, because NYC is facing a threat that is massive and a very high magnitude” – Esther From Kenya’s Prophecy