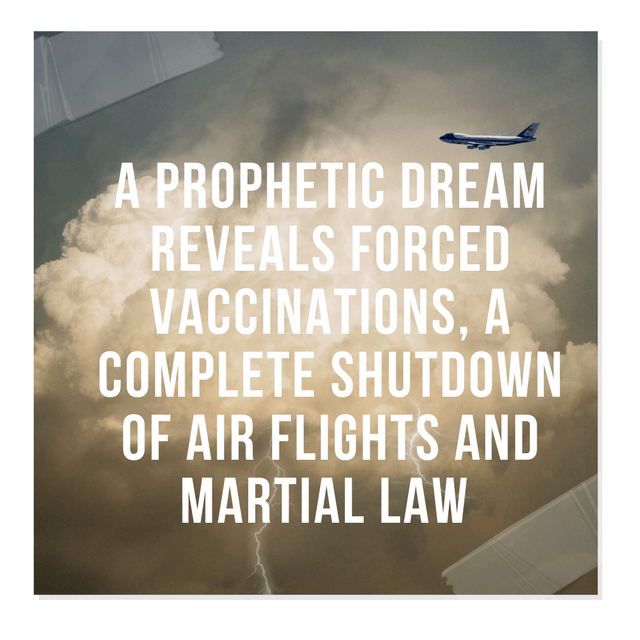 “I went to bed late on that night and I was very tired. After I prayed a short prayer, I quickly went to sleep. Then I had one of the most interesting prophetic dreams that I recall ever having. In the dream, I was talking to a group of men about current events and the times that we are living in right now. However, out of nowhere one of the men begins to tell me about things that are getting ready to take place in this nation.

He proceeds to explain to me that a virus is going to spread quickly in the United States in the near future until it reaches such pandemic proportions that forced vaccinations will be forced on the population. He continued to tell me that this vaccine will contain an RFID microchip in it that will become a part of the person receiving it. He then paused momentarily, before proceeding to say in a somber tone: ‘flights leaving the country will stop afterwards, and soon after that Martial Law will be implemented’. I then woke up shaken, and wrote it down before I could forget.”