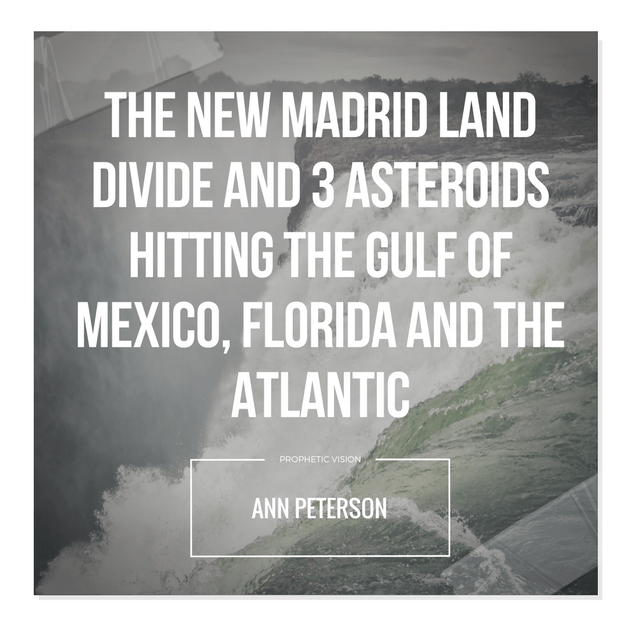 Here is the account of the vision dealing with the comets and the destruction to befall America that I was given.

In April 2001 I was moved to ask God what was coming at us. The question was as generic as that…but not the answer.

I was then shown North America on a globe. I saw three balls of fire streaking across the globe. One hits in the Gulf of Mexico…another hits near the east coast of Florida…and the third is further out in the Atlantic.

I then see America get smaller. Florida is washed over as well as much of the east coast and the coastal areas of the Gulf. I asked if people would be warned of this event in any way. I was told that this was the warning. I asked again about the others that did not hear or see initial warnings. I heard that there would be a very small window of opportunity for people to get out of harms way…but most would still not listen. Then the only “close-up” view I got was of I-95…it was a death trap…and those were the words I heard too.

Then I was shown a short period of relative stillness then I saw the middle of America rise up, then separate into two land masses with a great body of water between the two halves. When I inquired about what I was to do…I live In Florida...I was shown a specific area
in North Carolina that I had to be at.”

“He told me we needed to move to the mountains. A few months after that he told me where to move in another dream and showed me to safe areas that He has prepared for His children.”  –North Carolina Would Be Uninhabitable Due To Flooding- Katie Troutman