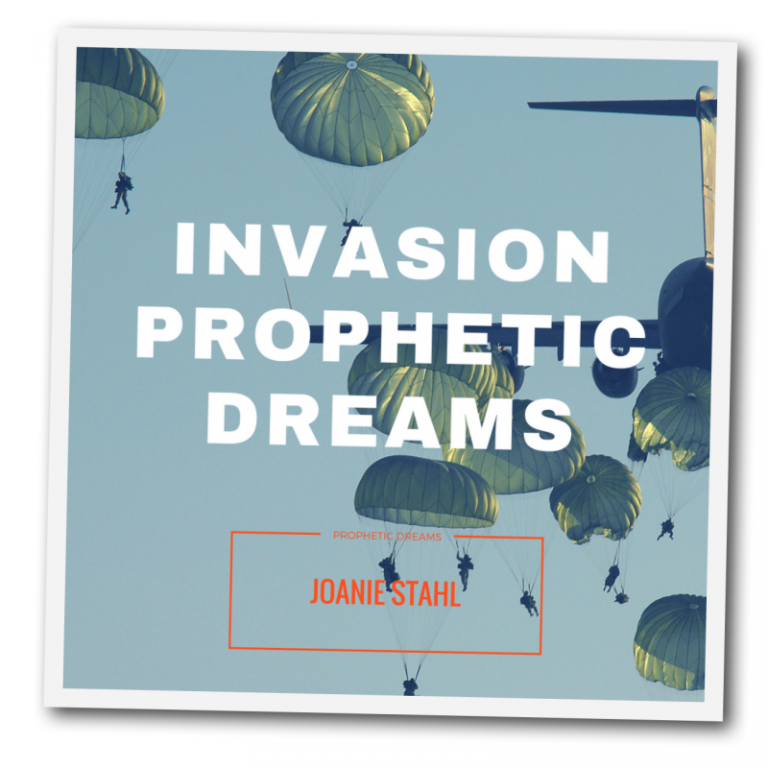 I had this dream last night day after thanksgiving. I’m just going to share it. I am not going to try to interpret it at this time but will as usual allow the Lord to uncover the meanings.

At the very onset of my dream I saw myself with the same man that always mostly accompanies me in my dreams. We stood at the top base of a very high hill over looking a vast horizon of wide open land as far as the eye can see.

I noticed some people randomly walking around near us as if they were just enjoying the day and the beautiful scenery. It was a clear day, blue skies and soft vapory clouds. I heard and saw two airplanes way off in the distance before us. It did not seem quite right as I noticed they were big planes and that they were flying very close to each other.

As they began to approach, I saw what looked like a couple of white parachutes. Being that we were in a location that there would no way be parachutists, It got my attention and I focused more on who and what this was and why? There was a man standing near us with a very young boy who noticed the parachutes and was pointing up to them as if he was teaching his little boy what they were in a happy fatherly way.

Then the instantly, I began to see hundreds and hundreds of airplanes all coming in at once from many directions. As they approached hundreds of paratroopers were jumping out of the airplanes and landing all around us. There was nowhere to hide because the terrain was open bush and no trees, just open rolling hills. They were in full military uniforms. Being that I am not educated in other nation’s military uniforms I cannot say where they were from. But they were clearly not American. 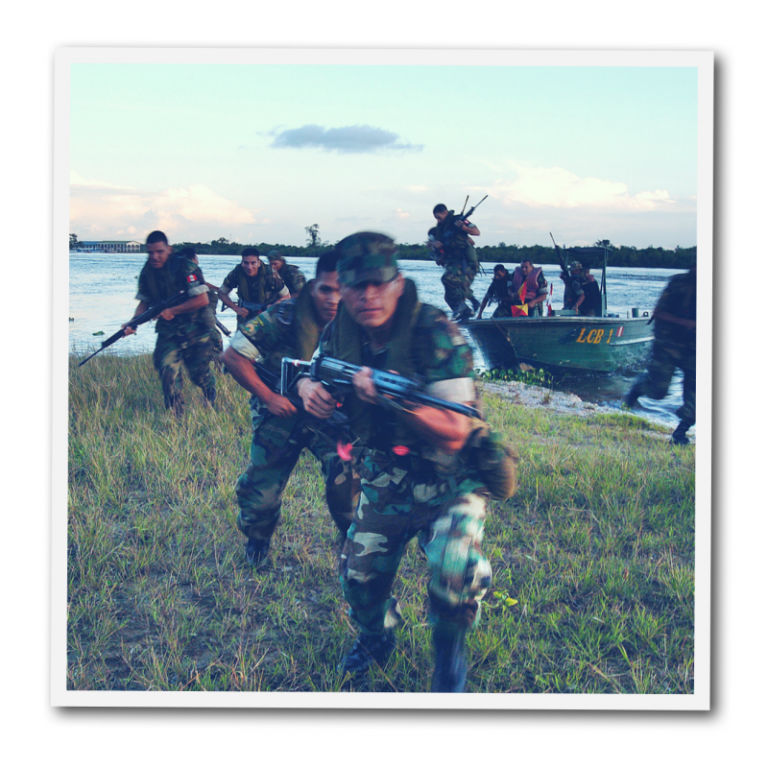 I also knew that the other planes showing up were from other nations. How I know I cannot say except that in the dreams I receive I know it with certainty.

I saw hundreds of men land on their feet all around me, and unharness themselves and grab assault rifles and begin running as fast as they could into the interior of the land. They were were running past me and not even looking at me.

Just then the man that I was with said, “Run! Start running!” I replied, “Where! Where do I run to?” At that point a troop of men went running by and the man said to me, “Start running behind them!” We took off running and it was not easy as the land was steep and rocky in some places, and others narrow with lots of brush. But I kept up running behind them as fast as I could.

The men I was following entered into a little town and scattered out. I was out of breath and felt that if I made it to this little town, I could find some place to hide. The man that was with me told me to stop because as we came to a stop there stood before us, a man who was a residence of the little town. He said to us, “Come this way and you can hide at my house.” He spoke and acted discreetly, I gather as not to garner any attention to us. We did however get out of sight as fast as possible.

We went into his home and he said, “I can only hide you here for a short time, that is all.” We were there for a very short time and then he told us it was too dangerous for him and his household for us to remain, but to follow him to another location. He was very nervous and paranoid.

The location was very nearby. We followed him to a little unassuming building and opened the door and we all went in. It was an office. Small, without windows and rather dark with barely any light. I gathered that for security reasons it had to be that way. It was a secret room.

There was a big desk and a man stood on one side next to his chair as to greet us, while we were invited by him to sit down on the two chairs on the other side of the desk. I did not like the feeling and had no idea what was happening, or what to expect.

After we sat down, the man on the other side of the desk walked around to my side where I and the man were sitting and he handed me some items. He held out a little bag of pills. He said, “Here take this, you may need to use them in a bad event. Just take one and you will feel nothing. You will go to sleep and that will be all.” Then he handed me three little books the size of pocket Bible’s, one at a time, I think, so I could examine them. All three of them were a deep red color.

The only details I remember of them is that the first two had nothing on the covers. I opened them one by one and in the first few pages I noticed they were from the Third Reich and contained esoteric knowledge.

He then gave me the third one last. It was more special than the other two. It was handed to me in a little cloth that covered it. It had a sacredness to it and the feeling was that it was so special no one was privy to it. The man that handed it to me had a look in his eyes that were dark and intense with an evil warning in them against me. Meaning, I knew that what I was getting from him was that if I was to reject this special book would be a bad thing for me, and that when I would take it from his hand, it would be too late. This man had a European accent.

Let me elaborate a bit. Once I had been brought to this “secret” office, and was given these “secret” books. and if I were to reject them, I would be considered a threat to them.

I took the third little book and in a nervous fashion uncovered it to look at it, and on the cover was a black swastika. What i got from it in the dream was that these little books were only given to the highest ranking Nazi officers. How I knew this in my dream I cannot not say, but I can say that I knew it clearly. Also, that the use of them and the information within them were going to beneficial for my survival. I knew that the information in these little books was dark and evil used by former Nazi officers in the practice of black arts.

The man I was with from the beginning of the dream stood up, and with a very angry tone said in a strong, loud and authorative manner. “No! Do not take that! You do not need that!” He then said to me, “Get up! Let’s go!”

I put the books down on the table and stood up and we walked out of the dark secret room.”

That was the end of the dream. I am going to pray about everything that I saw. In the meantime, please feel free to see what you hear or sense from it in the Lord.

I wanted to add in the part of the dream when I said that I knew that the little books were for my survival and I took them, was not that I took them because I accepted the use of them, took them only to look at them, I am a Christian and in no way would I accept anything ungodly.  I took them to get a look at them to see what they were.  My survival is in Christ alone.  To the man handing me the books, he considered them as beneficial to the survival that would be commensurate with the invasion.  Also, the first man we saw when we got to the little town had a some sort of a European accent.  I do not know from what nation but clearly European. Thanks, I just needed to elaborate on that because it is of importance that these things were clarified.

A Note From A Minute To Midnite Contributing Writer:

The dream you had rang a few bells for me as I began reading it. I pray you take this up to the Lord as to what I felt in my spirit concerning the interpretation. Thank you for sharing the dream Joanie.

The word that came to mind as you described the invasion and set of books is, “Blitzkrieg.” I’m sure you know that the battle style is a form of offensive strategy that used the mobilization of air and ground forces to have a swift victory over the opponent.

As far as the books are concerned, it sounds like there was symbolism that identified the books being related the Red Army or Nazi party. The first two books seem like the battle plan or general guideline for how the war is to be carried out and the third is the black arts book related to ritual sacrifice. I remember watching a documentary describing how the Nazis practiced various forms of sacrifice based on the instructions they received from High ranking generals.

The way that you were brought into a secret room reminds me of Dietrich Bonhoeffer setting up refuge for the Jewish people within Germany. In some ways that instance reminds me of the dream you had a while back regarding places of refuge being set up for those who truly follow the Lord.

While reading the dream, all I could sense in my spirit is that there is about to be another Holocaust that includes both Jew and Gentile. The attack will be carried out swiftly and will hold many resemblances to Nazi Germany and the Blitzkrieg type of style. However I believe that reason you didn’t know the uniforms of the soldiers is the Lord symbolizing that the Army will not be Germany or the Nazi party, but a different army/coalition all together that carries out the attack.

In more ways than one, I believe the United Nations is directly linked to this dream because they were established the same year as Israel and had a main agenda to ensure that nothing like WW2 or the Holocaust happened again, yet the policies they enact contradict the agenda.

Here is an article I think you may like reading describing how the Third Reich wanted to establish a Fourth Reich.

“Almost right on top of these mushroom clouds I saw Russian troops invading the United States. I saw them parachuting into a lot of places, primarily from the East Coast. I saw them parachute into Salt Lake City. I also saw Chinese troops invade from the West Coast, near Los Angeles.  The people who were still alive started fighting them with their own guns. I didn’t see any military.  This was the nuclear war that I had seen earlier and I knew that it was also happening all over the world like I had seen previously. I did not see much of this war, but I was impressed that it was not very long and the Russians and Chinese lose, but I don’t know how exactly.” 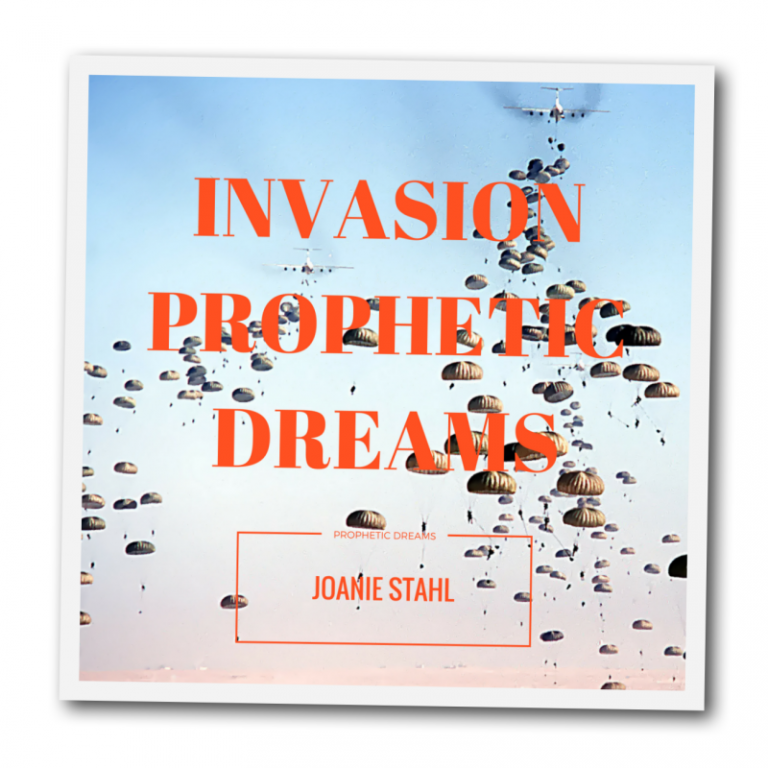