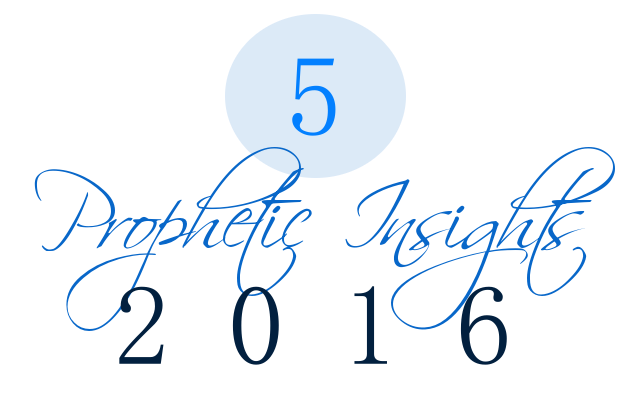 For the original article, visit encountersnetwork.com

As believers in Jesus Christ, you and I can walk in and release a supernatural, prophetic river of life (John 7:38). It is already flowing through us.

The reality of the new creation is this: When a person is born again, the Spirit of Jesus comes and takes up residence inside. From that moment forward, new life flows out of that person like a river of living water. As the Amplified Bible puts it, “He who believes in Me [who cleaves to and trusts in and relies on Me] as the Scripture has said, from his innermost being shall flow [continuously] springs and rivers of living water” (John 7:38).

The new life that flows through us makes it possible for the kingdom of God to touch the earth. “Jesus Christ is the same yesterday and today and forever” (Heb. 13:8, MEV).

What He did from the beginning, He still does today—creating and re-creating; healing and restoring; sending light into the darkness; bringing victory to the humble and defeat to the proud. On a daily basis, as believers we breathe in and out the supernatural atmosphere of heaven into the earthly realm.

Today, more and more believers are being empowered by the Holy Spirit and becoming more aware of the naturally supernatural life in Christ. Yes, some are still a little afraid of this realm. Others go to the opposite side ditch getting their eyes fixed on the gifts instead of the giver and temporarily lose their way. But I have good news for you!

We can learn to distinguish between the good supernatural and the bad (Heb. 5:14). For more on this, see my “Surrendering Your Senses to the Holy Spirit” article and audio messages. As followers of Jesus Christ, we are called to bear good fruit and fruit that remains (John 15:16). We are called to listen to what the Holy Spirit is saying (John 16:13) and echo it in a meaningful, relatable way.

The following prophetic insights are gleanings from my ongoing walk with the Holy Spirit. These revelatory principles are built upon a previous message called “God Still Speaks.” Let him who has an ear listen to what the Spirit is saying (Rev. 2:7).

1. The West coast rumble has begun.

For the last three years I have declared, “There is a spiritual shaking coming to the entire West Coast of North America. The Holy Spirit calls it “the rumble.” It will happen all the way from San Diego to Vancouver, British Columbia, with seaports all along the way. This rumble will include presence-saturated miracles. The birthing room of prayer is now in place to watch over the movement as it begins.”

In the last two years, I have had multiple confirming dreams concerning this fresh outpouring. The Holy Spirit spoke to me that there would be a “flash point” and that it would begin in San Diego, California—then step down into Tijuana, Mexico, and then break out moving up and down the entire West Coast, utilizing many different healing revival teams.

In Pasadena, California, on Jan. 18, 2016, I declared that Jerame Nelson would be used to light this fresh fire and that Dr. Che Ahn would release his Father’s blessing to this new activity. It has begun! Jerame and Miranda Nelson joined by Joshua and Janet Mills, along with area pastors in the San Diego area, are now stewarding sustained fire and glory meetings where miracles are nightly happening. The West Coast rumble has begun!

We are in the time when seasoned apostles select and appoint others to lead in the spheres they have pioneered. In this time of great transition, leaders must trust the Lord, “let go” and empower others to lead. Yes, we are gaining momentum as this season of “apostolic motion” unfolds.

As an example, recently on the same Sunday morning in January, in the Los Angeles, California, area, two prominent leaders turned the reigns of the congregations they planted over to others. These are only two examples and I could recite several to you. These servant-leaders remain as the “founding leader” but will not carry the title or responsibility of a “pastor.” It is a time of apostolic empowerment and multiplication for the sake of the harvest.

3. The Holy Spirit is releasing a fresh emphasis on open heavens.

Last week, I had a dream that I was on stage performing a lead role in a theatrical play. When I was awakened from this dream, I realized I have had this very same dream multiple times over the past several years. This time the ending was different.

In the fourth and last act of this dramatic presentation, I began to shift into an extemporaneous manner and completely changed the script. I shifted from the original script of a “Field of Dreams” and was directed into a new script called the “Convergence of the Ages.” Instead of rehearsing the familiar lines I had done may times before, I started dramatically speaking, acting and singing about “Open Heavens” where fields of flowers were already in full bloom. It was not a time of declaring that something new was coming, but rather a time of stepping into the new that already exists.

In this hour, the Holy Spirit is releasing fresh emphasis with new applications from the church into the world especially in the form of theatrical arts. The field is changing. God is releasing open heavens into media where a convergence of the prophetic and the theatrical arts occur.

4. Communion: one of the highest weapons of spiritual warfare.

This phrase was originally spoken to me years ago by leading a prophetic intercessory group in Kansas City. I wrote this line down in the front cover of my ASV Moody Bible. “Communion, the Lord’s Supper, is one of the highest and most overlooked weapons of spiritual warfare.”

This past week as I was seeking the Lord for more understanding concerning an integrated healing model, the Holy Spirit spoke this word to me again for the second time in my life. “Communion, the Lord’s Supper, is one of the highest and most overlooked weapons of spiritual warfare.

Old teachings will be made new on subjects such as the power of the blood and so on. As we partake in the Lord’s Supper in congregational worship settings, the power of healing will break forth. We will cross over into the atmosphere of divine miracles where all things are possible.

The anointings of three different movements among men in recent church history will converge. Ed Cole began Maximized Manhood. Jack Frost and others pioneered the Father’s Heart message. The third ministry was the most prominent called Promise Keepers led by Coach McCartney. James Ryle was the prophetic voice that inspired the Promise Keepers movement, and along with Ed Cole and Jack Frost, is another seed that has just fallen into the ground.

There is a harvest coming as the ingredients from these previous movements are brought together. This is necessary so that there will be long-term success of the current justice movements involved in rescuing victims of sex trafficking and child slavery. This evil must be eradicated in our generation!

Yes, God still speaks, and this is a portion of what the Father—through the power of the Holy Spirit—has been revealing to me. They are insights of a supernatural kind. More, Lord!

For the original article, visit encountersnetwork.com.

Could The Disasters Prophetically Warned About In 2015 Been DELAYED? Is There A Connection To The Dividing The Land Of Israel ?- Michael...

Solid Proof The Messiah HAD To Come Before 70 AD

Could Christ Return At Any Moment? Has The Gospel Been Presented To The Entire World?

Is God Grieved With Unbelief In The Church?