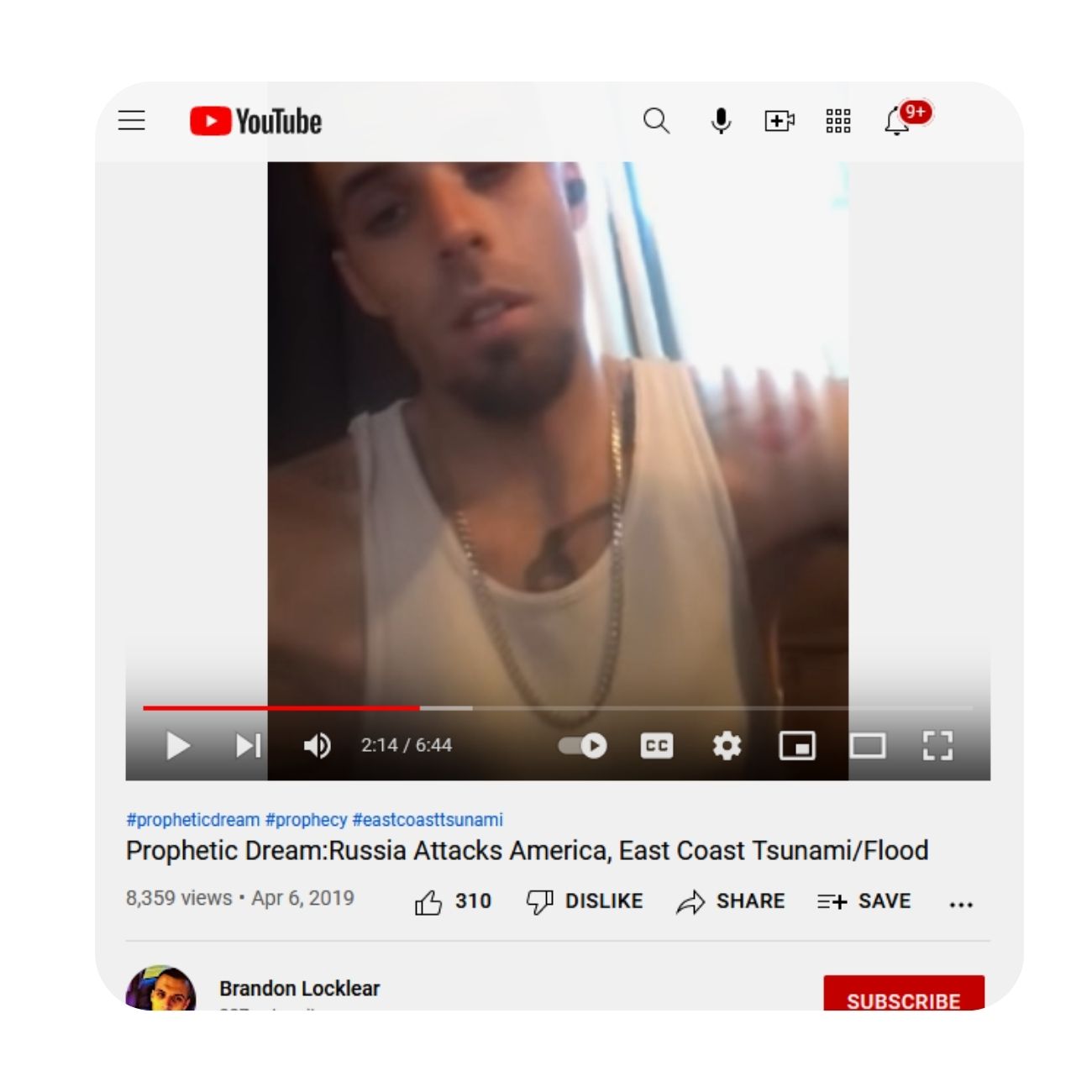 On Brandon Locklear’s channel, he posts a video explaining a video he had on the night of 3/29/2019. Like many people across this nation, they are being given warning dreams of what is to come.  Sometimes they have just one or two of these dreams in their lifetime.

Here is what he states in his dream:

” I would like to share a vision and a prophetic dream I had the other night. This dream was as real and as intense as it gets I want everyone to be aware and be forewarned I’ve never in my 30 years of living this life had a dream or a vision that was just so vivid to where I could literally remember every single detail. It just was so clear. ”

“Before I get started I want to ever want to note that I have just recently asked God Jesus to take control of my life. I have recently specifically asked him to show me His way and to forgive me from my past”

“The first thing in my vision was God Himself told me and my wife that there would be a great flood. Basically giving us time to prepare you know. Then He directed me in my eyes to the sky. In the sky was an American fighter jet followed by a Russian jet. I know it was Russian because I could clearly see every little letter and detail on the planes. I was followed by a Russian jet and then all of a sudden another Russian jet came and it shot down the American fighter jet during this time. ”

” I had warned and told my wife what Jesus was telling me about the flood and I told her to get ready. During this time she she was getting some things together she was taking a while and I believe she was panicking a little bit. ”

“I was just in awe while gazing at the sight of this plane this event. I was just stuck, you know. I was patiently waiting and watching just watching the skies and we knew something was going to happen. That’s when I then began to watch the streets and as I watch the streets I also seen people starting to be swept away in front of me in front of my eyes by the flood or
tsunami whatever it may be we. We were definitely inside a massive like glass apartment type building in either New York or Miami. You know those big apartments and the sky Rises on the side in big cities? That’s what we were in. We were in the city either Miami or New York in one of those places. We were trying to leave before seeing the water and it was coming in but not extremely high yet and it was a bit possible to drive away. At first I kept telling her we needed to leave but she was taking so long and the water got higher and then maybe it was too late. ” Brittany Paris – I had 2 dreams back to back this week of a tsunami. The first Dream, I was in Seattle area and I saw a wave coming over a mountain. The NEXT NIGHT, I had a dream that I was in San Francisco and in the dream I had a dream of a giant wave wiping out a row of townhouses. I was telling everyone I was with about the dream I had because I was scared it was going to happen right away. In the San Francisco dream I was telling everyone that the wave was because a dam broke, but the wave I saw was so massive, I can only imagine it would be a tsunami but idk. The damage that I saw in the Seattle dream wasn’t nearly as bad as the damage I saw in the San Francisco Dream. Crazy days indeed. Also I live in TX so I have no idea why I would see these things in CA. But I’m praying about it. I also have a lot of dreams that are set in Asia.

Prophecies For California –Here  ( Many prophecies include San Francisco and Seattle)

Cna Pro90 – My tsunami dream was when i was much younger but very similar. I was in a tall building on one of the top floors and we all looked to our right out of the window and a huge wave was coming . I remember seeing the entire building collapsing from the pressure. More recently i had a dream with army planes flying above mh head forming an arrow . Each one had a flag . America, Russia, China , and a couple more. Blue with stars I think. . They were very low to the ground. I looked over at my grandfather and asked what this meant. He said we have to be ready its coming this is a warning. These aren’t recent but I don’t think it matters. What I do know for certain is that people are given these dreams that are similar for a reason.

Charles Phillips – I had a dream two years ago of a Great Flood that wiped away most of coastal United States. I moved from Kentucky to Colorado.Stay prayed up.

Jesus Is Coming – My husband had a vision of seeing a map of the US. On the map he saw, what he can describe as, contained nuclear bombs that were going off in some majors cities. Then simultaneously he saw Russia invade the East Coast and China invade the West Coast. He told me that central US will not be as bad as the coastlines. Central US will still be effected by it, but not as bad. My husband, and even my son, were shown some of the horrors of what is to come as well. Now I’m not sure about a time frame, but it is a warning of things to come. May God continue to bless you and your wife! 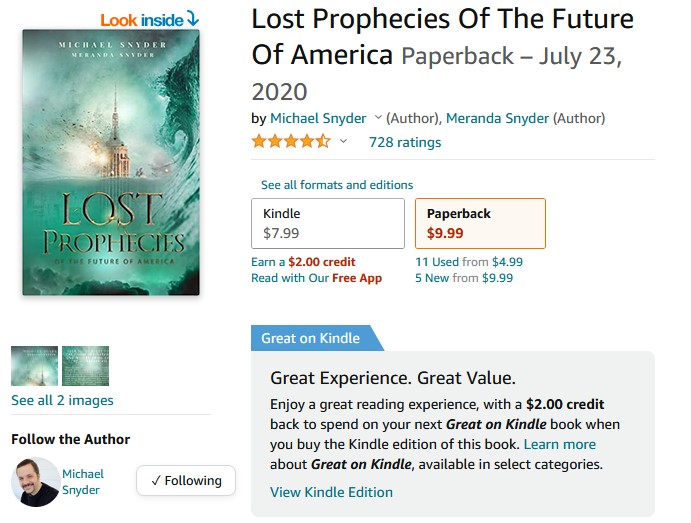 As things disappear off the internet, and over the years of having graphics lost, – platforms cancelled, its good to have these important details on paper.

Other Posts With Tsunami Dream Warnings

She Said “22 Million People Will Drown” In Her Dream- Will The West Coast See A Volcano, A Tsunami or Earthquake Come Soon?