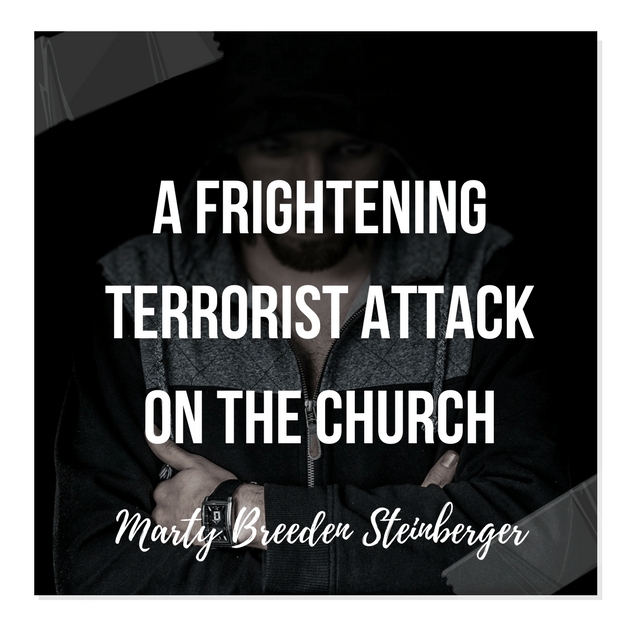 This is a frightening word….not one that I wanted to write…..but I trust you that I can share it……I’ve not went public yet…

What I’m about to say, is NOT from a dream, not from a vision as most of us understand visions….yet I have seen. It’s a sense in my spirit that is SO strong that I must warn, even though I know ahead of time this will be discounted, mocked and even ridiculed.

No amount of media coverage or lack thereof will deter these attacks, nor the public response to those who have perpetrated these evil acts. This has been in the planning stages for years as the attackers, both Muslim and haters of those who do good join forces to stop the mouths of those who preach truth, love and righteousness. They will lash out at all that resembles God and His Holy people, both the remnant, the elect and the Jew.

This nation will be so weakened and in such disarray , that other nations of the world will offer to send help…….It is with a broken heart I say and share these tidings. Yes, there will indeed be some logistical victories in some places, but it will be as though the belly of hell has opened up to war against the saints.

My counsel is to prepare as though you feel the Lord would have you to prepare….but prepare you must.

This morning, on my post, I warned of a great sense of great heaviness, unusual heaviness, that I awoke with and what I believed was an imminent event….it’s documented you can read my post. When I awoke I had a great burden and was directed by the Lord to pray and TO WARN!… I was faithful to do both. I believe the horrific London attack by islamic terrorist was part of what I knew in my spirit, being warned of God that was coming. Having said that, then I submit that other words and warnings that I believe the Lord has given me recently must be prayerfully considered and judged by each individual. Know that I make NO PROFESSION of being a Prophet or a seer of any kind……I’m a Police Officer who strives to serve the Lord, and as a faithful Watchman I sound the alarm when I see or hear impending danger. I will continue to walk in humility and open myself to correction, rebuke, reproof and Godly counsel.

A demonic Spirit of perversion is going to be on open display in our land. Things , many things are not as they appear……a flood of filth is coming and with it and exposure of things brought to light that most thought were hidden. Even professing Christian churches will begin to display a level of perverse activity that was once thought to only be in the world.

An exposure is coming and it will rock the House of God. Even those who have and do serve God, and have repented for their sins, even those among the redeemed who have in the past allowed themselves to dabble and look upon things forbidden by the spirit of God , sins that have been repented of and forgiven by God…..will be brought forth by dark powers as to embarrass and dishonor the people and ministers of God and to cause confusion. For the word of God calls satan the accuser of the brethren and accuse he will…. Marriages , Pastors, leadership will be challenged as a revealing takes place….Godly and Biblical discernment will be required to know and understand that which is God calling for repentance, and the enemy bringing railing accusations to the body of Christ……First, FLEE things of the flesh and flee youthful lust….Second, REPENT and seek Godly counsel and advice , Third, weep between the porch and the altar and begin to fully be prepared to recieve and extend the Grace and Mercy of God. The Bible instructs us to make no provision for the things of the flesh and to seek the Lord while He may be found.