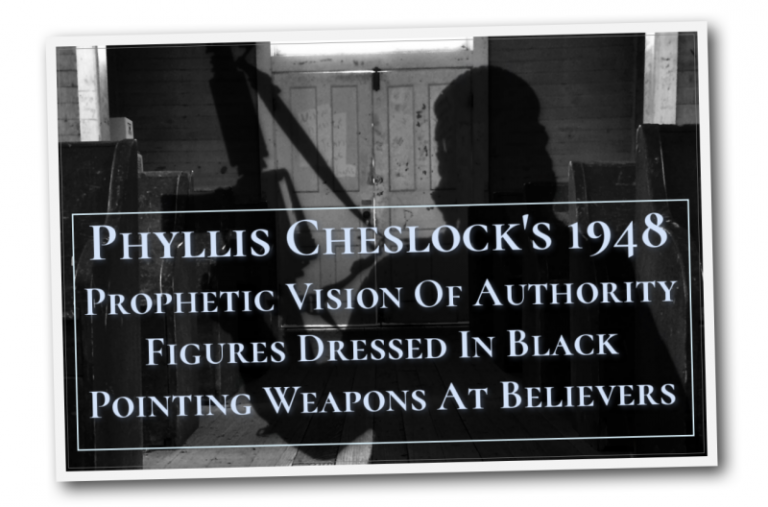 Phyllis Cheslock was born in 1938 in Brewer, Maine and is the Mother of 8 children (2 boys and 6 girls), 18 grandchildren and 3 great-grandchildren. She accepted Jesus / Yeshua as her savior at the age of 10 and the call on her life began. She is an anointed Teacher of the Word of God as well has a prophesier. She has prophesied / interpreted many over her life and has received visions with interpretation. In her latter years she began and continues to study the scriptures from the Holy Hebraic roots with phenomenal revelation understanding of the deep mysteries of our Great God / Elohim.

Below is just one of her visions of men dressed in black who come into the church and point guns at believers. 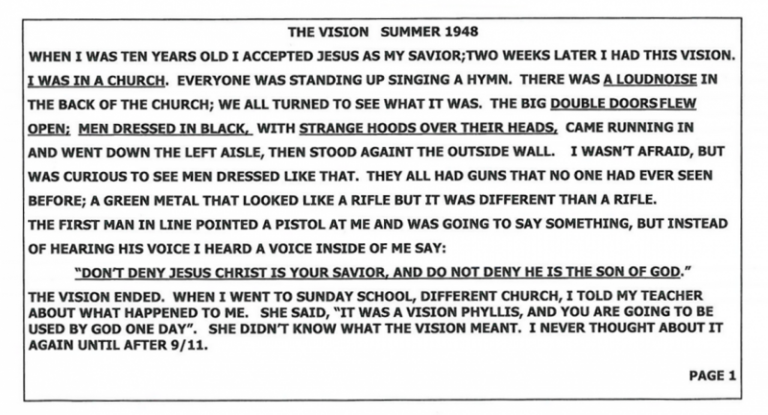 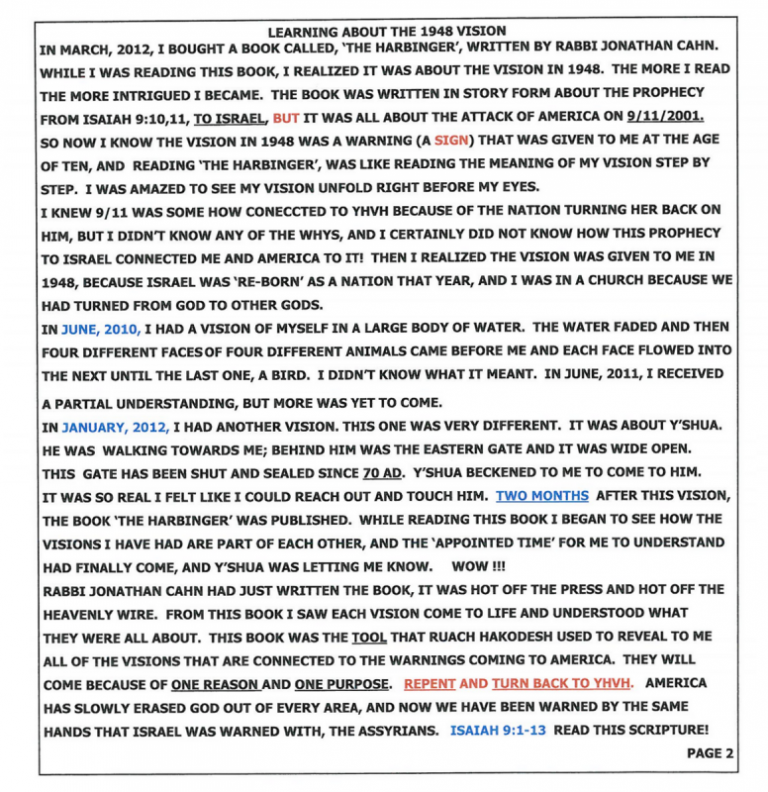 Visions Of Jews and Christians Being Removed From America – Rosa …

Oct 20, 2015 – All of a sudden I looked up and saw a couple of men dressed all in black with a strange looking sort of hat on their head, like a Beret’ I suppose .

Lu Smith’s Vision Of Supernatural Protection Of Believers By Heavens …

Jul 16, 2016 – The soldiers were dressed in white helmets with a black string around their chin. They had on two piece black military uniforms with double …