The dream started with me walking along in the grass in early summer when I noticed a can laying on the ground. It was a monster energy drink can. But instead of the regular print you would normally see on the can, there were symbols in it’s place.

I was instantly horrified at the symbols and knew that it was a message to the elite to gather together for the “Big Event”, and something extremely horrible was going to happen on earth.

I wanted to know when this was to happen. Then the words were said to me 9/24.

I circled the shadows in red on one photograph and tried to show how the symbols appeared on the monster can on the other photograph.

One of the sayings on the monster can is “Unleash The Beast”. Also the “m” on the front looks like three Hebrew letters with the numerical equivalent of 666.

I believe that this comet represents evil in my dream. I do not know if a comet will hit, but it seems pretty evident that the rise of the beast will be starting on 9/24.

Greyscale photograph of Comet Churyumov–Gerasimenko taken by the Rosetta spacecraft

Here are some interesting facts:

The Rosetta’s Plasma has uncovered a mysterious ‘song’ that Comet 67P is singing into space. The comet seems to be emitting a ‘song’ in the form of oscillations in the magnetic field in the comet’s environment. It is being sung at 40-50 millihertz, far below human hearing. To make the music audible to the human ear, the frequencies have been increased in this recording on youtube

Interesting comments from the video above 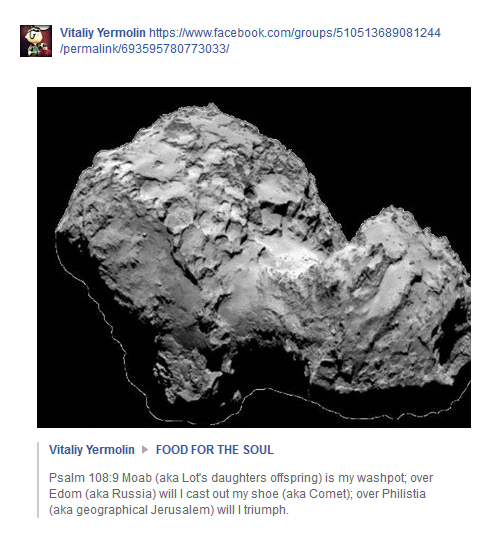 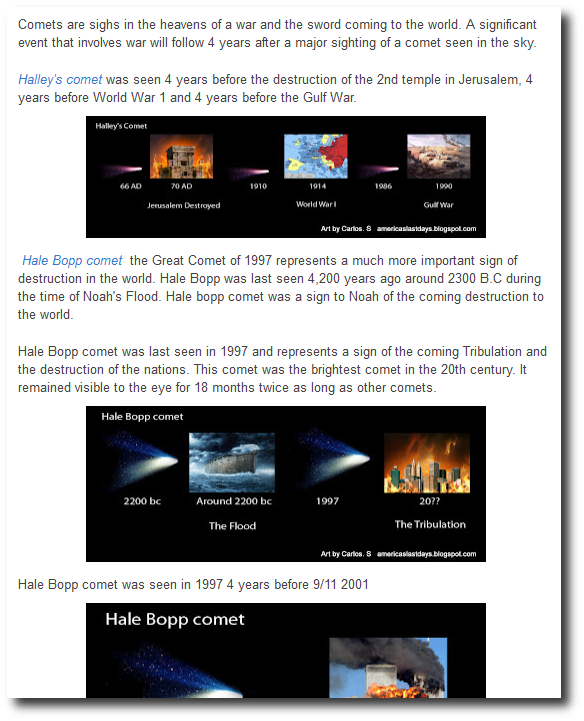 Read a very interesting article on America’s Last Days blog about the appearance of comets and war on the earth.  It is a very fascinating read. Read it here

2 Prophetic DREAMS from Leslie – Dream One Is About A Tsunami New York, The Second on is about a Volcano which erupts Mt. Hood OREGON 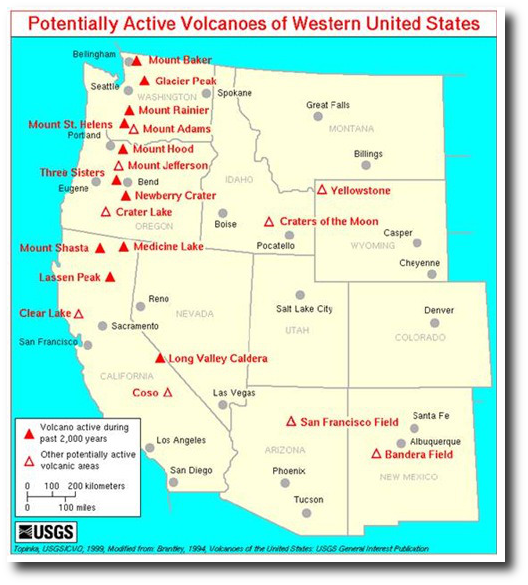 Active Volcanoes On The West Coast 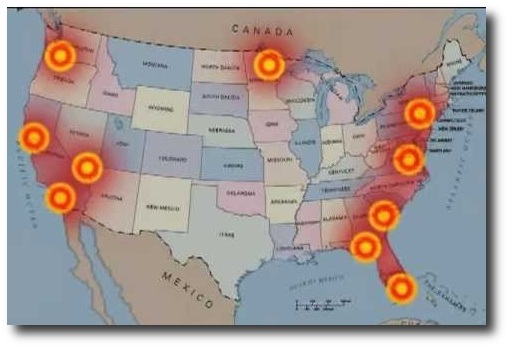 Could this be what Chuck Youngbrant saw?

Weatherwise the year will start with a very rainy spring. On June 9th it gets very hot and no rain with resulting crop failures. In October it will begin to be very very cold. There will be volcanic eruption on the west coast. A destructive hurricane will hit the New Orleans area in September, followed on the 19th by an earthquake in St. Louis. This hurricane, [Sept in New Orleans,] is a sign that in the following December an accidental Russian firing of a nuclear missile attack on America will occur. While the Russians try to stop them, 4 get through. They hit Lexington KY, Columbia SC, Richmond VA, and just north of New York City. The U.S. counter attacks and hits three Russian cities. – See more at: whygodreallyexists.com

Could this be what Henry Gruver saw?

Henry Gruver Had a vision around 1986 of the invasion of America and  its total destruction by the hands of the Russians and the Chinese. He saw Russia moving by sea and air from the north to destroy America by nerve gas and nuclear weapons. The Russians will steal materials and will spoil the united states after the destruction. The death toll of Americans will reach over 120 million people or 60 percent of the population. In Astoria Washington  He saw a Chinese invasion force by sea invading the land. When the Chinese landed in America Any civilians they saw was instantly shot and killed. He was looking down on the earth like a map and he saw a massive military movement from Russia coming down from the icelantic waters from the north. The Russian army came down the Atlantic ocean to attack America by sea. Read more at America’s Last Days Blog

View More of God is NOT dead youtube channel

Revelation DREAM – Angels in the sky, Miles and Miles of Holy Angels fill the sky

STEVEN’S Heaven Visit – the Mountain and the Valley – BEAUTIFUL

My Holy Spirit Testimony – and HOW TO be “Born Again”