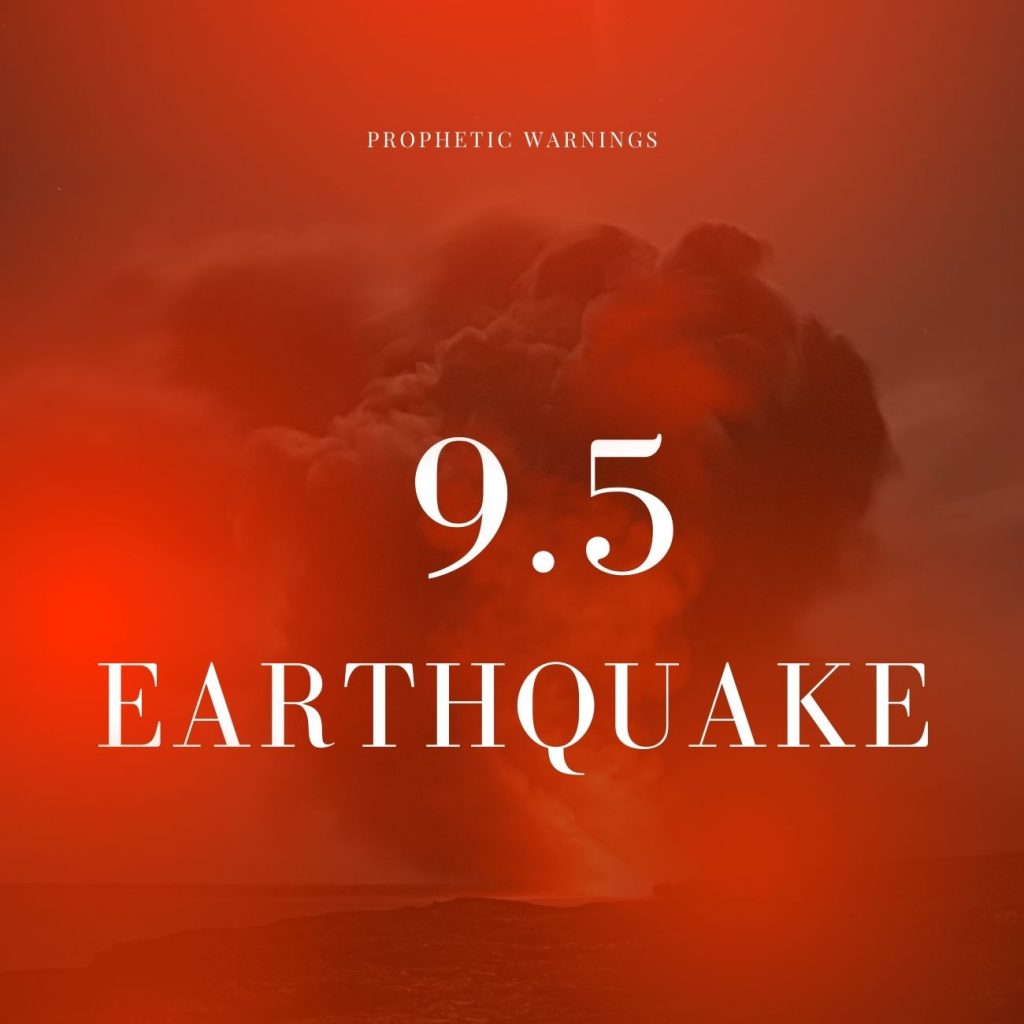 Elizabeth Marie is a wife, mother and special-ed teacher…..however, her most important role is as a follower and disciple of the LORD JESUS CHRIST. In 2010 she started receiving prophetic words and dreams from the LORD and frequently shares them on her Youtube channel called Latterrain333 as well as on her blog, The Lighthouse.

In November 2016, I dreamed I was with a bunch a people and somehow I  knew we were in the southern part of the U.S.A.  We were all standing outside, almost frozen with fear as we waited.

There had been a HUGE earthquake in the north and we were all filled with dread knowing we were about to feel its effects. It seemed like we were to be the last location that was going feel it coming.  I told everyone to hang on.

Then, all of a sudden, while waiting for this earthquake to happen, I had a vision within the dream.  I saw an outline map of America.  I didn’t see the state lines, but only the outline of the U.S.  Then, the map zoomed to where the earthquake started and I saw a black dot pulsating on the epicenter.  The dot was in the upper part of the middle of the country, however,  I wasn’t sure of which state.  It seemed higher than the New Madrid fault. Then I saw ‘9.5’ indicating the level on the Richter Scale. I was not given any dates or timing.

I believe this dream has a couple of interpretations—dual meanings:

I believe this earthquake might have to do with the New Madrid fault and a massive earthquake occurring that will shake the whole country.  A few days after the dream, I saw the U.N. voted for a two-state solution in Israel. The LORD then reminded me of this dream and I knew it was related.  So, I believe this has something to to do with the division of Israel.  Whoever divides HIS land will comes in harms- way according to Scripture.

I believe this is about a great divide coming (and has already begun) in the U.S., as we see the lines between good and evil become more and more distinct.  This earthquake could unleash more civil unrest in our nation, our communities, as well as within our own families. JESUS said a house divided cannot stand (Mark3:25). I believe that also applies to a nation.

NOTE:
The largest earthquake ever recorded was in 1960–a 9.5 in Chile.

“I will also gather all nations, and bring them down to the Valley of Jehoshaphat;
and I will enter into judgment with them there on account of My people, My heritage Israel, whom they have scattered among the nations; they have also divided up My land.” (Joel 3:2)

“And if a house is divided against itself, that house cannot stand.”  (Mark 3:25)

“I looked when He opened the sixth seal, and behold, there was a great earthquake; and the sun became black as sackcloth of hair, and the moon became like blood.”  (Revelation 6:12)