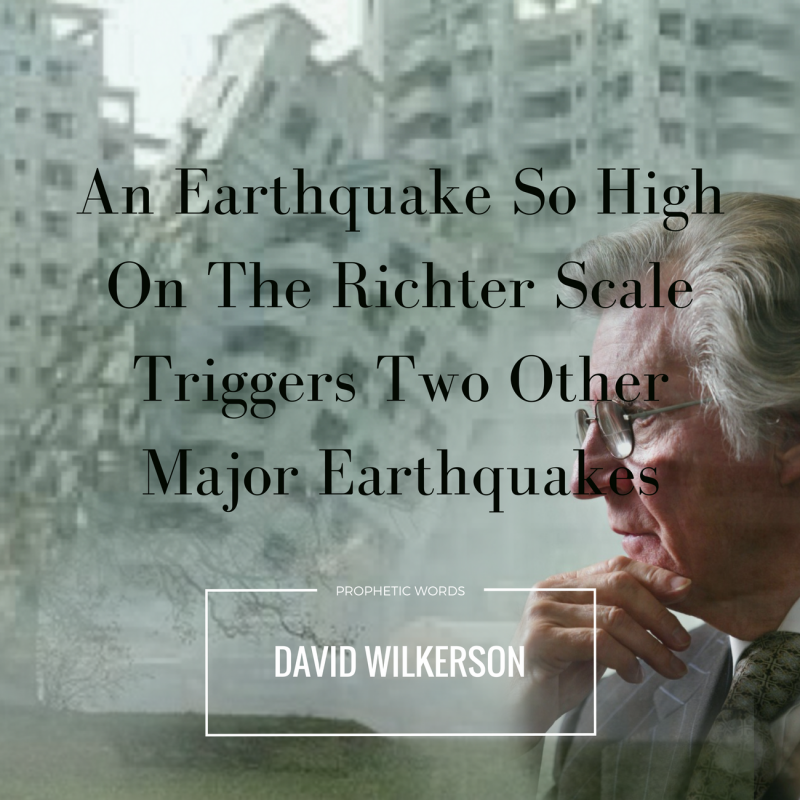 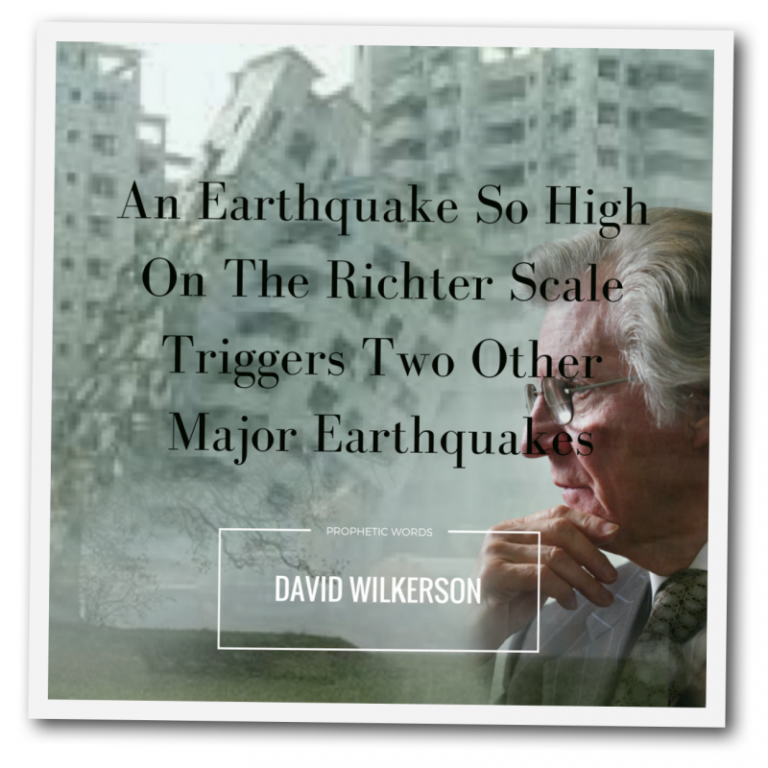 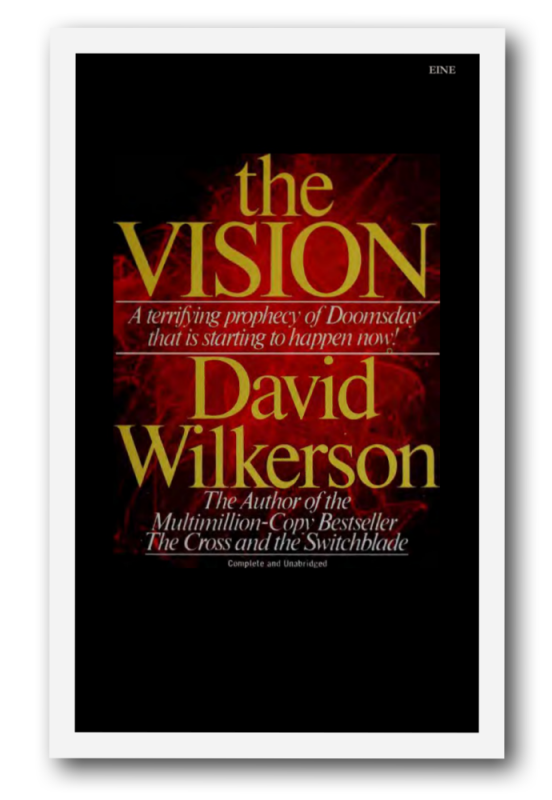 From The Vision by David Wilkerson

The United States is going to experience in the not-too-distant future the most tragic earthquakes in its history. One day soon this nation will be reeling under the impact of the biggest news story of modern times. It will be coverage of the biggest most disastrous earthquake in history.

It will cause widespread panic and fear, Without a doubt, it will become one of the most completely reported earthquake ever. Television networks will suspend all programming and carry all day coverage.

Another earthquake , possibly in Japan may precede the one that I see coming here. There is not the slightest doubt in my mind about this forthcoming massive earthquake in our continent.

I am not at all convinced that this earthquake will take place in California. In fact, I believe it is going to take place where it is least expected. This terrible earthquake may happen in an area that is not known as an earthquake belt. It will be so high on the Richter scale that it will trigger two other major earthquakes.

The forty-month drought in Africa and the prolonged dry spell in Brazil will both end temporarily. There will be some relief but conditions will worsen. In Africa, millions will face starvation.

American food reserves will dwindle partially due to drought and flood in this country. Wheat, rice and soybean reserves will be completely exhausted. The demand for corn, rice and wheat will not be met.
(More details in book)

The Beginning of Sorrows

Floods, hurricanes, tornadoes and hailstorms will occur more frequently. More than one-third of the United States will be designated a disaster area within the next few years.

Floods, hurricanes and tornadoes will destroy crops, animals and much wildlife driving prices even higher and causing some experts to suggest that nature is losing its balance.

Weather will become increasing difficult to forecast. Sudden storms will appear without warning. Southernmost regions will be gripped by record cold waves and northern areas will experience record heat waves.

Many men will appear to be repentant during the times of violent chastisement by nature but the short period of relief will make it appear that nature has settled down and men will be comforted by warmed, sunshine and normal seasonal weather. But more violence, far worse will soon follow.

Airline pilots will be reporting the worst flying conditions in aviation history. The most intense hurricanes is coming. Many parts of the world face the most violent winters of all times. Europe faces the worst winter lashings ever.

Unlimited funds are not available and the people of each nations will soon learn there will be no one left to turn to but God.

Mankind faces the threat of new epidemics. There will a major cholera epidemic sweeping through various underdeveloped countries. India and Pakistan face threat of untold thousands dying from epidemics and starvation.

Large chunks of ice will fall from the sky and cause much damage. These storms will not only destroy crops and smash automobiles but they will also cause the death of many people.

Watch out for reports of intense ice storms and hailstorms in the future.Also prepare for the most severe winter of all time and record snowfalls in the United States and Canada.

LISTEN To David Wilkerson’s 1985 Book, “Set The Trupet To Thy Mouth