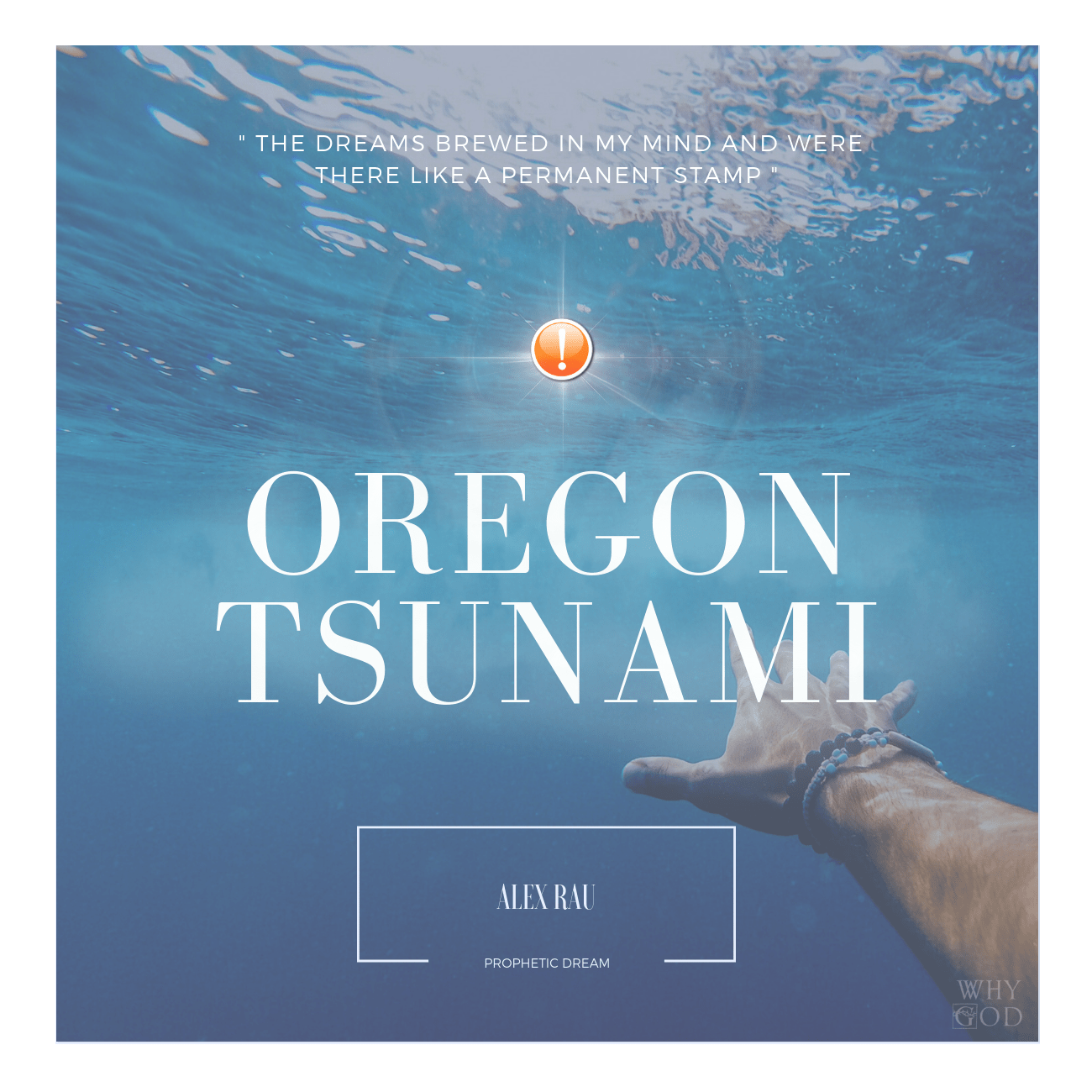 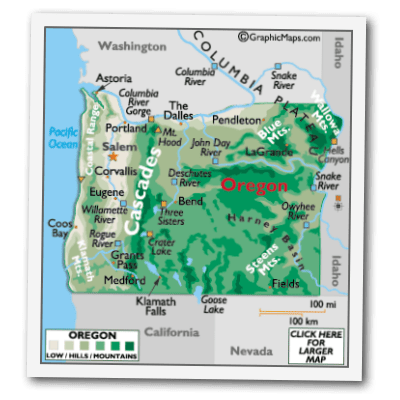 I had these dreams one night at the end of July. My name is Alex Rau and I am 22 years old. I live in Eugene, Oregon.

I am a follower of Christ.

“I was in a tall building. Not a skyscraper though. I was with who I knew were friends and acquaintances, I only remember one of their names, my good friend Thomas.

I was looking out the window, out at a huge bay of water with a bridge in the horizon ( I didn’t think it was SF Bay at the time but looking back it seems that it was, especially because of the bridge). The building I was in was no more than 100 yards from the bay.

Everyone on that floor, was discussing something, looking for something. It seemed that everyone was on edge. I looked, everyone else looked at the windows and saw a wave coming, this was NOT a cresting beach wave. It seemed like a layer of water was rushing over the top the bay. It looked like the classic tsunami that we have all seen videos of. The layer of water got closer and closer until it finally reached the shores of the bay and water began to rush inland. I could see people down on the streets being swept away. Cars, garbage, anything loose was being grabbed by the oncoming water. I could hear the building that I was in creak and groan and sway just the smallest amount.

The people I was with INSISTED on leaving. They were fearful of staying. I don’t know how they left but they did. Me and my friend Thomas decided to stay behind. Thomas noticed the next wave first which was seen across the bay, behind the bridge. This wave was about 10x higher. It was tall enough to just barely miss the bridge as I watched it do so. I instantly knew we would die. I felt ultimate dread. I should have left, why did I stay after the first wave? I felt as though I was stupid for not taking the first wave as a warning. My stupidity has cost me my life, and Thomas’s as well. I was not fearful of death as I know Jesus, but I knew Thomas was an atheist. With no beliefs in God what so ever. I felt my stupidity has murdered his soul.

The sadness I felt in this dream was some of the most powerful sadness I have ever felt in my life, the degree of emotion in the situation were intense to say the least.(I like to think of myself as a “macho” guy lol and suppress and deny my emotions but this was a whole other story).

I looked at him and said, “this is God’s will.” That’s all I said. The wave hit our building and the floor we were on was about 2-3 floors above the highest part of the water. The building instantly began to shake and sway much harder than it did before. This time I could hear beams and windows and walls cracking. A building next to us had already begun to fall. This violence that the building was experiencing occurred for about 10 minutes as more and more water came rushing in from the bay.

At one time I remember thinking and saying to Thomas, “Maybe we wont die”. “Maybe we will actually survive this”. Before I knew it the building began to crumble, I knew the building was falling because I felt the free fall and butterflies that you get from it. I grabbed my buddy’s hand and held on. I told him this needs to happen to just trust God’s will.

I remember thinking that I hope to get crushed to death or hit my head on something so I wouldn’t be conscious while inhaling water and drowning on water/vomit. I fell into the water and it seemed like a non stop churning sensation. I didn’t hit my head, I wasn’t crushed. I entirely remember drowning. It was so painful. Then I woke up. Astonished.

The dreams brewed in my mind and were there like a permanent stamp.I truly felt as though this dream had a message from God. I looked online to see if there were others with these dreams or scientific predictions of earthquakes and tsunamis. I have never heard of Bill Weather before that but I was quite amazed when I stumbled across his Youtube page. There was nothing in my dream specifying a date. A.C. Griffith has also predicted an earthquake to occur in the near future.

Vision-Tsunami Newport, Oregon 1989 “I sat there shaken for what seemed to be a long while and I hear a voice tell me that there would be a Tsunami hit the West Coast and it would be so large that it would move inland for several miles. I am not sure how far it would go. I just know it was told it would be huge.” See that here

“ A massive earthquake is coming to Mexico City. During this quake large areas of the world’s biggest city will be swallowed up and millions with die. The volcanoes will erupt. There will be a massive eruption of Mt. Popocatepetl. When the smoke clears Mexico City will be no more. Be warned that when this earthquake happens it is the final warning sign for the coming Great West Coast Earthquake.” See that here

“One time I saw a huge map and on it North- America. from one moment to the next I saw a split from the Gulf through the Mississippi and up to Canada. America split in two. Than I saw a very huge and big city. Many tall buildings. It was night. And suddenly all this tall cities and the whole city… All this disappeared into the ocean. Like slow motion …sloping. This was on the west coast of America.” See that here

“I saw a massive earthquake that just seemed to crack off the coast of California. It reminded me of a Saltine cracker that just cracked in two! The great cities along the West coast just fell into the ocean, all the way from Mexico up to Alaska and giant waves flooded inland until much of the West Coast just wasn’t there! It had disappeared into the Pacific Ocean.”- See this post here 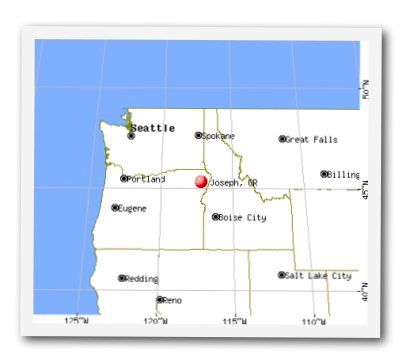 ” I was looking at Joseph, Oregon. I was looking at a map. The map changed to black and white, and everything was under water, swirls of water were everywhere….end of vision.” Read this here

“Suddenly she sees an angel carrying something gray in his hands. She sees it falling out of the sky. It glides over the east, then over the mid west, and drops the item which reminds her of a falling star. This item lands in California and leaves a huge crater in the earth. The crater spans over STATES. She says Oregon, Washington state and Nevada. She sees three states on the pacific coast, and parts of their land fall into the Pacific ocean. One piece she mentions is from Washington state, and the other piece is from California. After this event takes place, a huge earthquake takes place. This earthquake spans from the Canadian border down to the Mexico border. After this earthquake happens, (Kim mentions this may be the 5th or 6th earthquake she has seen)…she sees more pieces from California fall into the ocean. She sees mostly southern California”. See this here

” Starting with the West Coast, the voice would speak and that same silvery light would shoot down from the direction of heaven like a laser beam onto the map. The light would follow the path directed by the voice and then effects would follow as I will explain. First, the voice cried out-‘The West Coast, California, Oregon and Washington, starting from the southern most tip all the way up to Seattle, will suffer natural disasters, such as earthquakes, floods and fire, and enemy attack. “The line shot up the map taking most of California and leaving only a small section that bordered on Arizona and Nevada. It went up through Oregon taking about half of that state and then on up through Washington, taking about one-third of that state, then out toward the ocean through Seattle. The minute the line touched Seattle, everything west of the line disappeared.” See this here

“There were many people on the coast, and as I looked out to the horizon, I suddenly saw the waves approaching. Father confirmed that this was indeed the tsunami that will strike the California and the NW coasts. He told me to warn the people.” Read this here

“Joanie Stahl Yes I did!!!! And I saw it coming from 3 directions..north, South and the biggest one was west“ – Watch this video here

She Said “22 Million People Will Drown” In Her Dream- Will The West Coast See A Volcano, A Tsunami or Earthquake Come Soon?