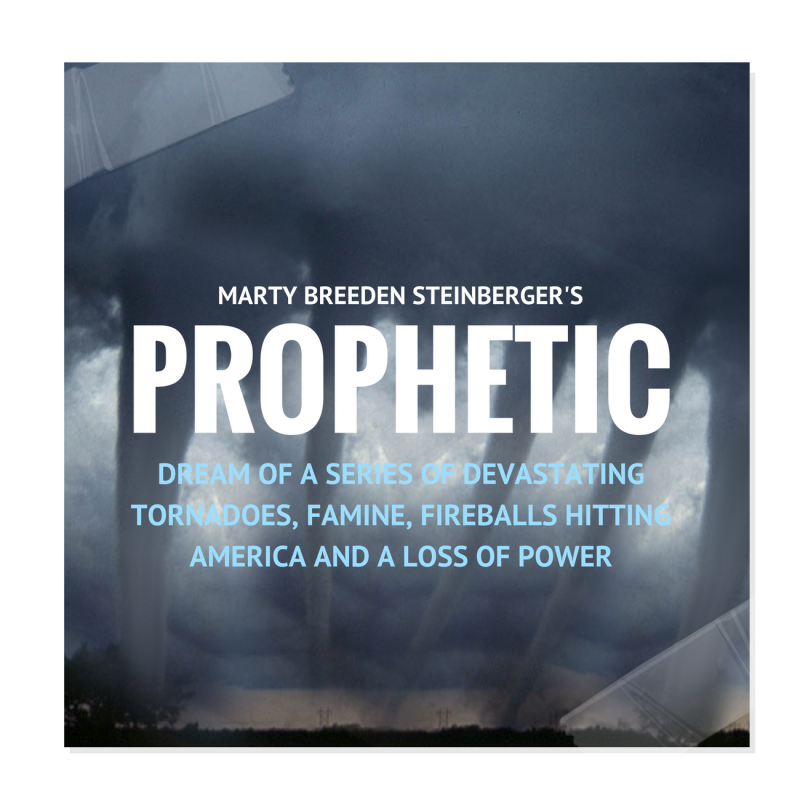 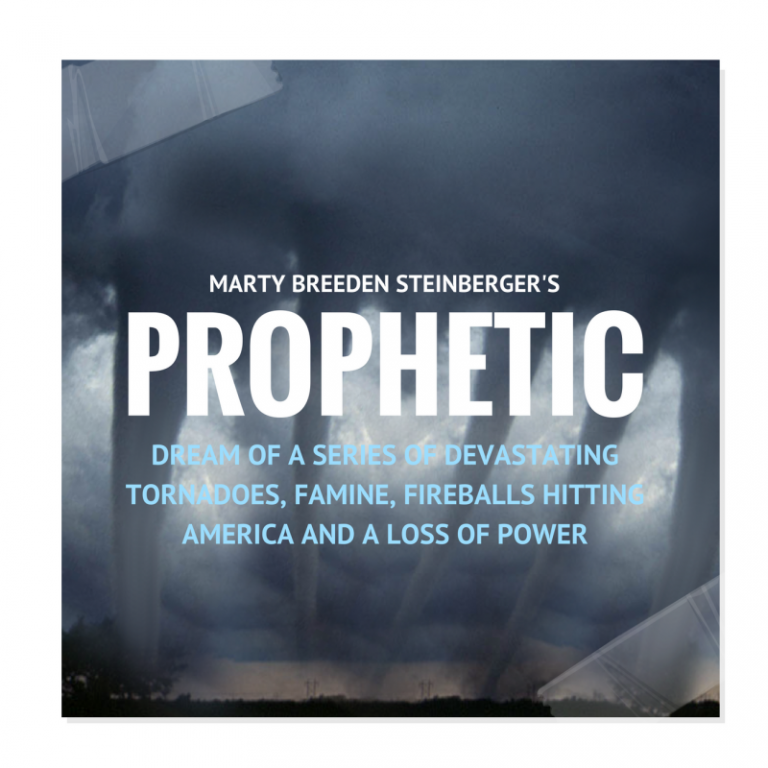 Marty Breeden received a prophetic message from God about the future of America involving a series of tornadoes strike a city. As I read it through I couldn’t but notice some very striking similarities to the two dreams that Perry Stone has been talking about for several years.

Perry Stone had a prophetic dream that involved five tornadoes in the 1990’s, and then in 2009 he had a dream which involved three tornadoes. These dreams were so vivid that he had drawings made of them and he still talks about them to this day.

It has been said that the significance of Perry’s dream involves a future terrorist attack upon America that will steal all the wealth in the nation by 5 catastrophes. Power lines, ministries, water, home dwellings and cornfields were all mentioned in this dream.  It could be a series of events, or it could be an actual event involving 5 tornadoes.  We can only speculate. 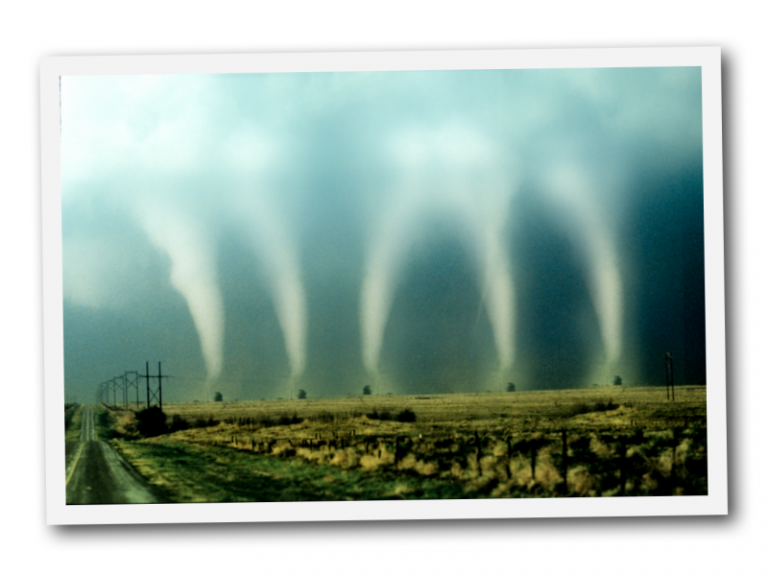 The Tornadoes: A Prophetic Dream Of America’s Future Given To Perry Stone

Marty Breeden also saw 4 to 5 tornadoes in a prophetic dream given by God:

“I counted at least 4-5 simultaneous tornadoes massive in size and destruction wiping out everything in their path.”

In Perry Stones dream, he sees a wall of tornadoes at once:

“At the far edge of the field I saw five large tornado’s. They each were the same size and seemed to be spaced equally. To me, it seemed they were coming out of this large dark pillar”

Marty sees these tornadoes appearing like a wall of tornadoes:

“One odd thing was that they ran together in one accord and did not get ahead or behind the other, it appeared as though they were a working wall of tornadoes, yet spinning independently of one another.”

In Marty’s dream he saw the need for protection, and a lack of food which has been confirmed in many other prophetic dreams:

Fireballs in the sky was another aspect of Marty’s dream, which also has been confirmed with other prophetic voices:

Marty sees a power outage which also has been confirmed:

Marty is a full time Deputy Sheriff in Virginia but shares his unique testimony of what God has given to him in local churches and online. He has been interviewed by TRUNEWS, Paul Begley and Tony Koretz telling of God is doing and leading people to Christ. He is a Cop who makes no profession of being a prophet or anything other than a watchman. Its on his heart to reach the gospel out to Law Enforcement with the gospel message.

Last night I recall be escorted with my family to a very tall high rise building. The view was stunning as we looked over a huge city. The city was full of people and residential houses and businesses. We were led there by a close friend of mine who is an airline pilot. As we stood in this building that was full of glass and looking at the city below, we SUDDENLY heard a weather report that there were tornadoes approaching.

We looked down upon the city and there was a large tornado forming, it then developed into a full blown massive tornado, then there was another, then another and now yet another!!! I counted at least 4-5 simultaneous tornadoes massive in size and destruction wiping out everything in their path… one odd thing was that they ran together in one accord and did not get ahead or behind the other, it appeared as though they were a working wall of tornadoes, yet spinning independently of one another.

I knew this city was in huge trouble, it was very flat and the destruction was swift and absolute.

Just as I was about to take cover myself with my family, I suddenly saw very large fireballs coming down from the sky with huge smoke trails behind them. When the fireballs would hit, they would totally burn up, almost vaporizing their target. I remember the power going out in the building I was in. Mass panic begin to set in because there appeared no where to run and hide from this onslaught of destruction. I remember running to a corner of the room with my daughter trying to shield her from the what was coming, and to hide her eyes from watching and I heard bullets ring out, I’m a Cop,I know the sound of this.

It put holes in the walls behind us, it was that close, yet we were not harmed. I could not tell if these fireballs were natural or man-made. I could not tell if they were meteors or nuclear weapons….it really didn’t matter , the destruction was the same…. I remember waiting for the sounds of destruction to pass as I covered my daughter. I went below to see this thing for myself. I cannot with words describe the fear and the bewildered look on people’s faces. One man in particular, well dressed , seemingly at one point well groomed in shock weeping wanting to ask questions but seemed unable to as he staggered around. I saw people running everywhere looking for loved ones, looking for food, looking for protection and yes, looking for something to defend themselves.

The landscape was totally destroyed. Every building had been leveled and dust and smoke filled the air. What had been a hustling , bustling beautiful city moments prior, was now a desolate ruinous heap. The panic I saw in the people was beyond anything I’d ever witnessed. The stark terror and confusion in their faces was beyond comprehension. I walked through the city, until I could no longer stand to see the pain anymore…..I begin to make my way back to my own family….as I did, it was then to that I looked up to see the fighter jets filling the skies….because of the smoke and the fog of destruction I could not tell if they were friend or foe…. I awoke! 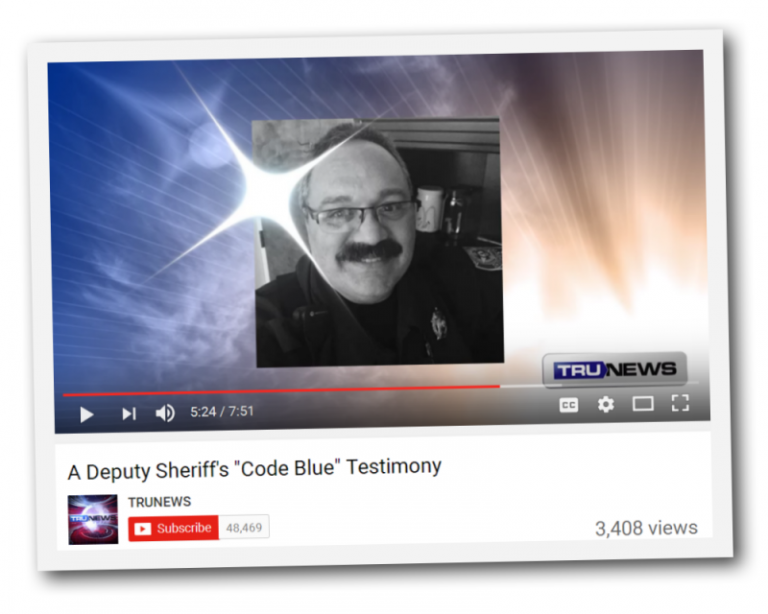 TruNews: A Deputy Sheriff from Virginia says he has a message from God for the Church. In the summer of 2015 he went into cardiopulmonary arrest twice and says God spoke to him clearly saying “My church is not ready”.  See the video here 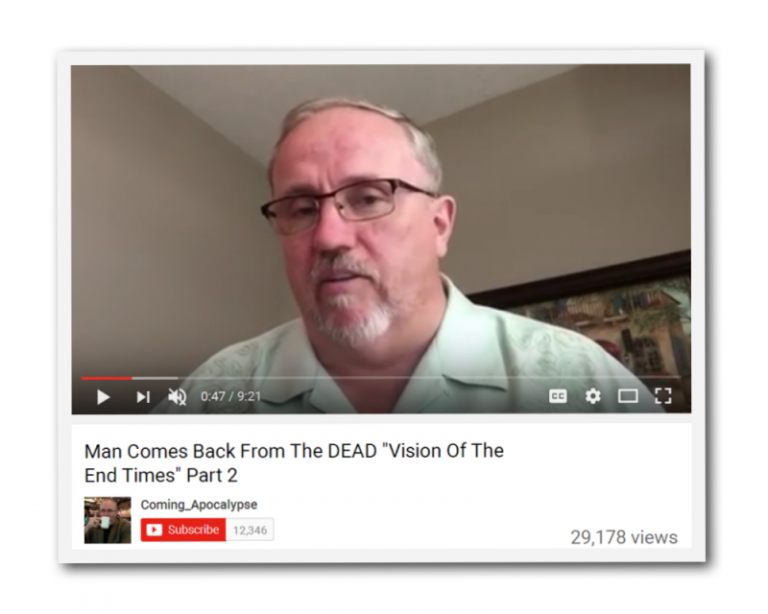