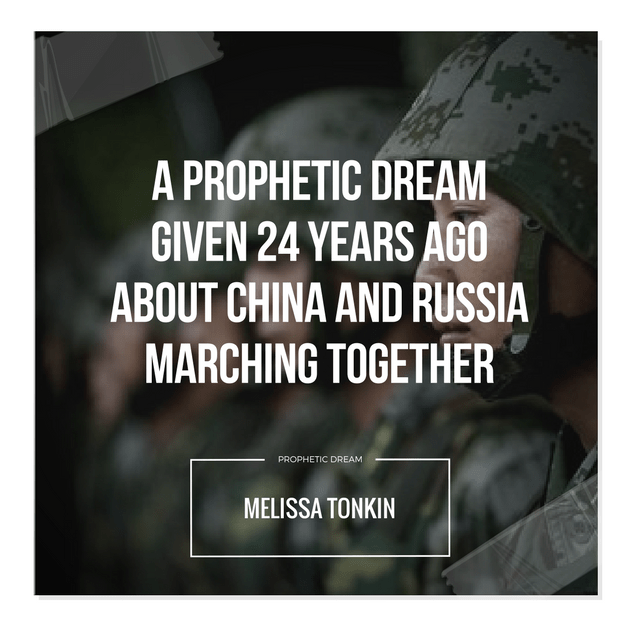 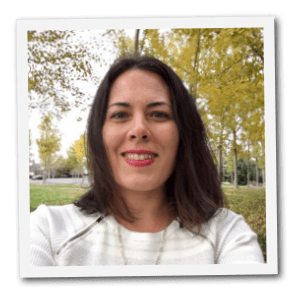 I dreamt this when I was 13 years old, which is about 24 years ago.

I dreamt that there was these two armies marching together.

One was tall and proud and carrying the old USSR flag and the other was smaller and was marching in between the legs of this army.

They were holding the flags representing China.

Then I saw a white clock that kept on going and said it the end times.

I believe the Lord was showing me prophetically what will take place in the future.

Russia and china will come together as one in the end times, possibly even against America or Israel.

I’m not sure if this will happen in my lifetime or not.

I dreamed that my country was at war with Russia and my brother was fighting in the war.

For some (stupid) reason many women had decided to go and “watch” the battle, and I found myself in a forest with my mom and the other women, I think it was mostly young women in their 20s.

When the Russian soldiers came and walked past us with their guns I realized that it was not safe for us to be there and I wanted to go home.

I remembered that they all had an orange colored stripe going down the arms of their uniform (although it looked like regular jackets and not army uniforms).

I was terrified for my safety and also worried about my brother. Then I remembered Psalm 91 (about God’s protection) and Isaiah 54:17 (No weapon formed against you shall prosper) and that I could read those over my brother, but I was still scared for myself. I finally got one girl to leave with me, and when we were on our way home I woke up. What does this mean?? So strange it has to be prophetic… Is it about spiritual warfare? 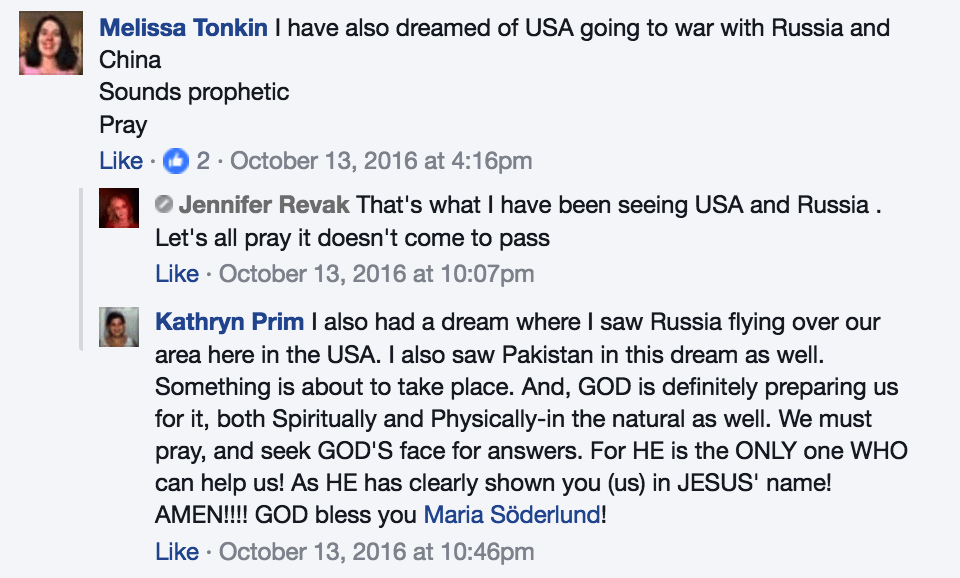