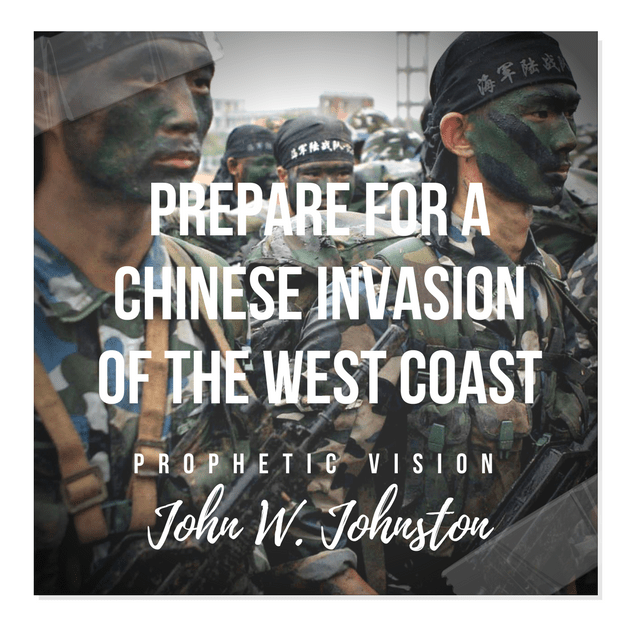 
People have been asking me questions  saying….”Has God ever shown you anything pertaining to a submarine attack?”

John believes the tidal waves will come after New York city has been taken out.  10 Long range intercontinental ballistic missiles each one carrying 551 kilotons nuclear warheads will be carried into New York city.

Uploaded on Feb 7, 2010- “God has revealed to me and confirmed it by many that China will invade the west coast of the United States in the near future. He has purposed it in the hearts of the Chinese to invade because of our corrupt foreign policies and the sins of the nation. They want our land and our resources. This is Gods judgment”

This PDF File was uploaded to Scribd by Renato Foggia on Sep 22, 2010