This post is an article that was found on a foreign website which talks about a Prophecy Club video produced by Stan Johnson discussing different prophetic voices who have seen the New Madrid land divide in America.

You can buy this dvd at the Prophecy Club

There are two mentions which catch my attention.

A Warning Quake– In the notes below, Dan Bohler reveals a warning quake before the nation is split down the middle.  I vaguely remember other prophetic voices confirming this same thing. I just cannot recall where.

Jerusalem Being Divided, is the center of the land-divide discussions right now.  It shows that  Timothy Snodgrass heard correctly!

This is much more serious than many of us know.  I would love to research these prophetic voices mentioned in the video. 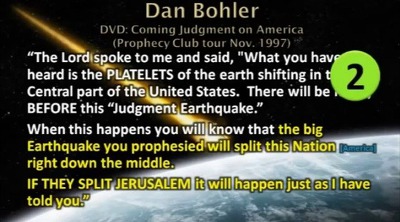 Dan Bohler, another speaker at the Prophecy Club, he spoke November 1997, made a DVD called coming judgment on America. In that DVD he says and I quote the Lord spoke to me and said,

“What you have just heard is the platelets of the earth shifting in the central part of the United States. There will be mercy before this judgment earthquake. When this happens, you will know that the earthquake you prophesied will, (listen to this!), split this nation (America).”

“This earthquake you prophesied will split this nation right down the middle. If they split Jerusalem, it will happen just as I’ve told you.” 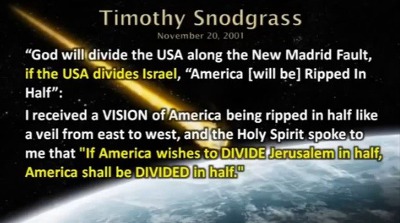 Timothy Snodgrass, November 20th 2001, he said God spoke to him and said “God will divide the United States along the New Madrid Fault, if the USA divides Israel, America will be ripped in half”:

He received a vision of America being ripped in half like a veil from east to west and he saw the Holy Spirit speak to him and said “If America wishes to divide Jerusalem in half, America shall be divided in half.” 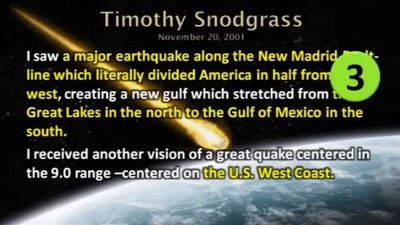 He goes on to say, I saw a major earthquake along the New Madrid Fault Line which literally divided America in half from east to west, creating a new gulf which stretched from the Great Lakes in the North to the Gulf of Mexico in the south.

He received another vision of a great earthquake centered in the 9.0 range – centered on the U.S. West Coast.

So now we have 3 people that have seen America split in two. 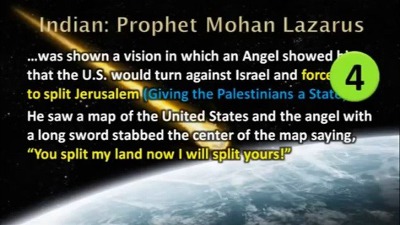 I was sent another Youtube video by one of the congregation members. And it shows this guy says, I was shown a vision in which an angel showed me that the United States would turn against Israel and force Israel to split Jerusalem, giving the Palestinians a state.

He saw a map of the United States and the angel with a long sword stabbed the center of the map saying, “You split my land, now I will split yours!” 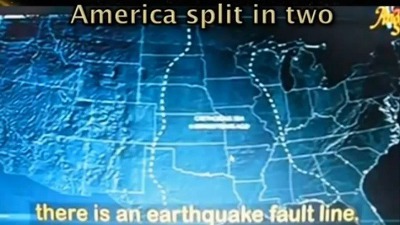 This is what he said he saw. Now that’s a pretty wide split there in the middle. That’s all water. 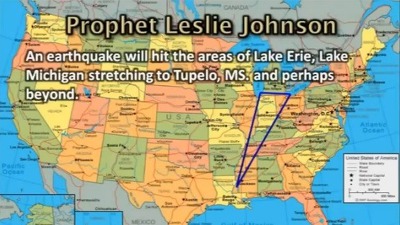 Then Prophet Leslie right here in this church. We used to have a big map taped right over there.

The United States map over there and then a world map taped over here.

One morning she was praying over that map and all of a sudden a vision started and God showed her that the Great Lakes are gonna open up down to Tupelo, Mississipi and she wasn’t certain, but she said it might have been all the way to the Gulf of Mexico.

So, that’s the fifth person. 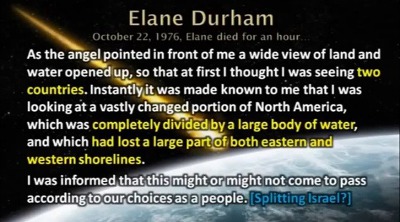 Elane Durham, October 22 of 1976, died for an hour and had an out of body experience as several speakers at the Prophecy Club have.

She said “As the angel pointed in front of me, a wide view of the land and the water opened up, so that at first I thought I was seeing two countries. Instantly, it was made known to me that I was looking at a vastly changed portion of North America, which was completely divided by a large body of water, and which had lost a large part of both eastern and western shorelines. I was informed that this might or might not come to pass according to our choices as a people.”

We know what the choices are. [splitting Israel?]

Here’s the problem. Will Israel be split? I’ll show you the verse.

She went on to say “The area of water in the middle of the United States was massive. It was so wide and so expansive, that there were no Great Lakes, as I had known them. That all come together as one huge sea that extended northward unto the ocean. The inland sea also extended southward filling most of the Mississippi and Missouri river valleys and widening many, many miles of the Mississippi River where it flows into what we know as the Gulf of Mexico. This sea was so vast that I knew it could not be bridged and so in essence the United States had become as two separate countries.”

Wow, so that’s the sixth person that has seen America split.

Do we have enough evidence to say that God has spoken? I believe we do. 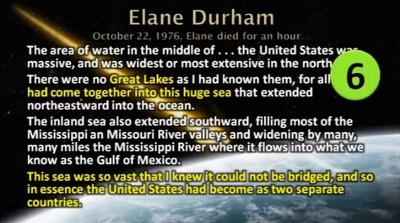 And Augusto Perez and Elane Durham. 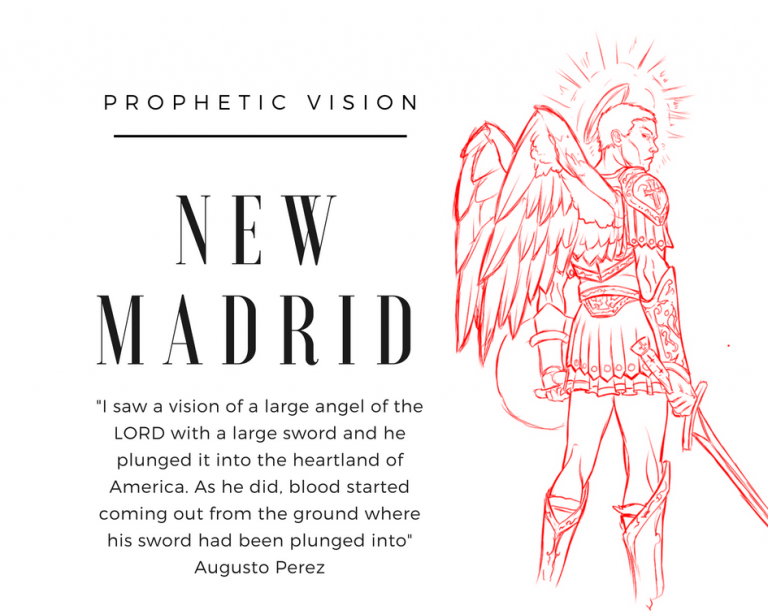 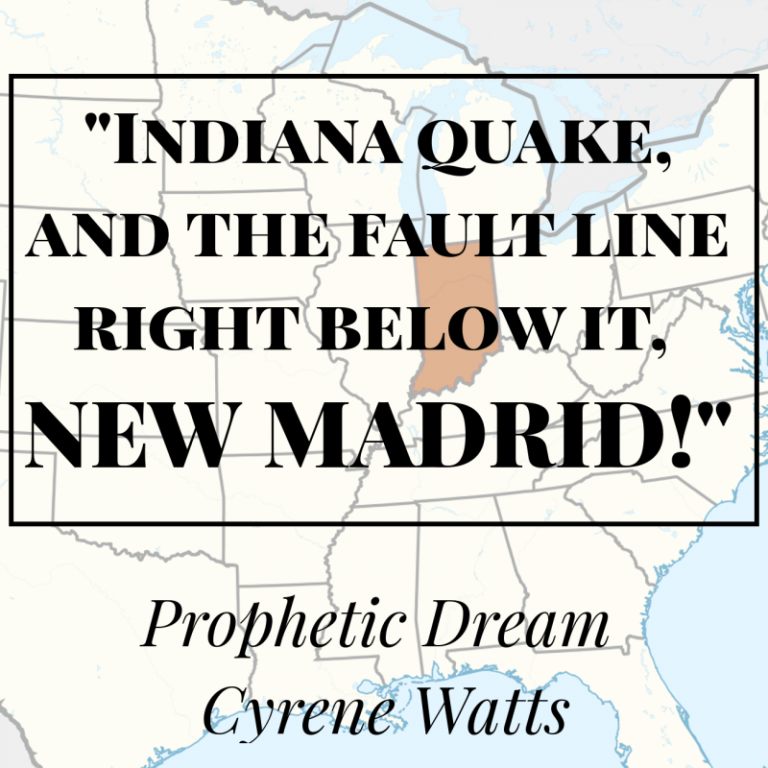 Omer to usher in a Palestinian state– Leslie Johnson