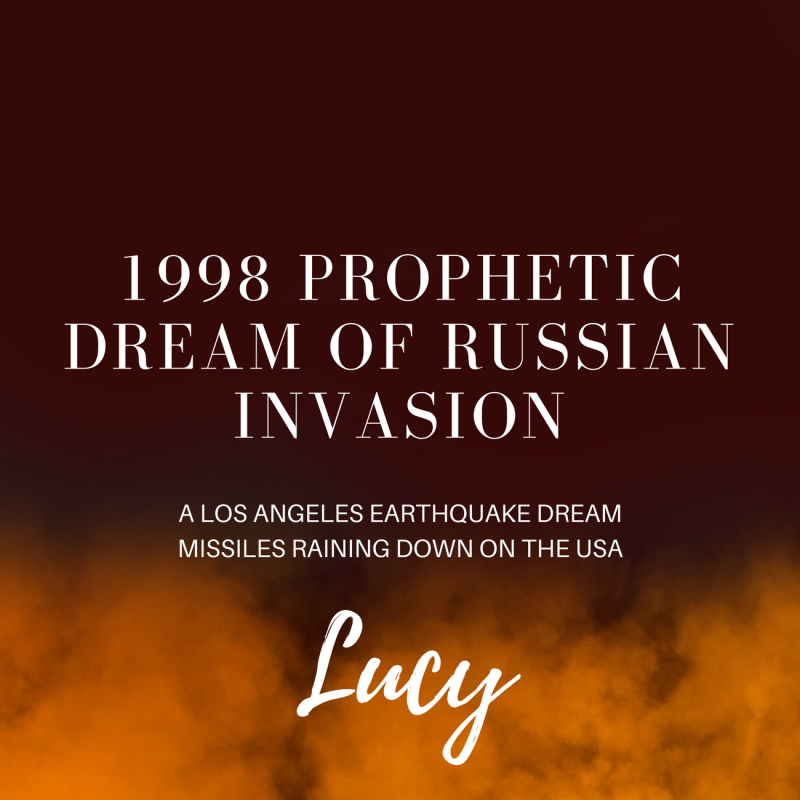 I had this dream from the Lord in 1998 where he showed me Russians invading the USA. In my dream I saw the Russian soldiers coming down from the mountains. At the time of the dream I did not live anywhere mountains. Today I live in a mountain area.

(Notes from the video)

Other Confirmations In The Comments Section:

ShadowFiend– u had a dream bout that well i had a vision or a dream whatever u want to call it that the United States will be invaded one day but its not just invaded by Russia but China, North Korea, Cuba, Mexico, and Iran (possibility depends on if they know the land well) that would invade as well i even seen it in my sleep once that aa guns firing on the sky, warplanes bombing enemie positions, helicopters firing on enemie troops, and tanks striking buildings and heavy positions, and civilians are either trying to escape or taking cover from the bullets and US troops fighting this alliance between the 5 countries on all fronts i almost got to the part where the civilians stand up and formed a rebellion to get rid of this alliance but i woke up before that occured and never saw it again sense

jay dee–i too had a dream around the same time. i was i think 10-12. only it was not only Russia but china was with them.

Eazy Avely– jay dee yes they are coming with china, God show me the same things 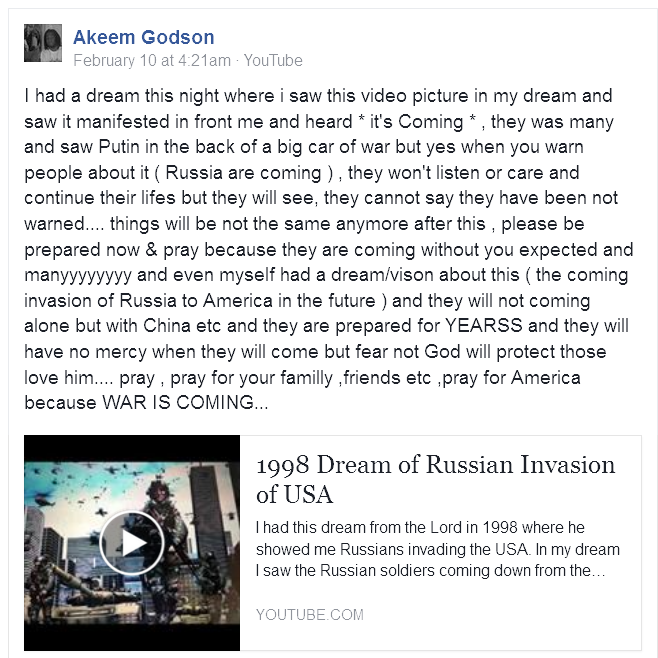 Missiles Come Down on USA

Notes from her video: